The year in question

The return of what has been stolen from us. The childhood of our children, the peaceful old ages of our parents.

The year is 2035. The venue is the Fig and Duck Pub in the market town of Middle Whingeing. Yes, they do still have a few pubs – we’re British after all. The time is 8pm on a rainy, cold Tuesday in December, and regulars in the weekly pub quiz are gathering by the fire. It’s a 17th Century building and, therefore, special dispensation has been granted to allow the landlord to heat the place using old fashioned logs rather than the mandatory heat-pump.

One of the questions posed is this: Which was the year that saw 4 Chancellors, three Prime Ministers, two monarchs and one surprisingly good war-leader?

2022 started off being the year we all thought we would get back to some sort of post-Covid normality. Two years of on-off lockdowns, seeing relatives only through the window and categorising friends and colleagues as ‘hug-worthy’, handshake-worthy’ or ‘two-metres-is-quite-enough-thank-you’ meant we were well up for a bit of normality and business re-building.

What is it they say about making the Gods laugh by telling them your plans? The Russian invasion of Ukraine came with an interesting new definition of the words Special Operation. The invasion took the West a bit by surprise. But the Ukrainian reaction also took President Putin by surprise, as a former TV actor-turned president donned his fatigues and his big boy pants, and Mr Zelensky went to war. In these social media-driven times, when every move goes viral, a leader was born before our very eyes.

2022 was also the year of the #PlattyJoobs – the joyful, exuberant, slightly bonkers and very, very British celebration of the Platinum Jubilee of the late Queen Elizabeth ll. Only to be followed, barely three months later, by the pageantry of her funeral. Turns out the British are pretty good at putting on a spectacle for all occasions, happy or sad, or a mixture of both. It still feels weird to sing God Save the King.

Then things got really fun. And by fun, I mean totally messed up. The resignation of Health Secretary Sajid Javid kicked off a domino effect of mass resignations, ending, ultimately , in that of Johnson himself. Incoming PM Liz Truss and her Chancellor Kwasi Kwarteng then took their works-on-paper economic theories and tried to apply them to the real world, which ran scared. Who knew? Well, maybe the OBR did and, er, quite a lot of people it seems. 44 days to screw the economy, which was already reeling from the effects of Covid, the furlough scheme and the effect of Putin’s power-crazed push on gas supply lines, gas prices, and ingredients for things that we never knew originated in Ukraine. Sunflower oil? No, I had no idea either.

We are in for some tough times. I know there’s always a risk that the media talks things down, but sometimes you have to be realistic. Yes, there are builders still building, yes there are builders still working on RMI, but it’s much more likely to be R and a bit of M than I. The cost-of-living issues are still going to be affecting the economy, the strikes (some more justified and understandable than others, but that’s for a whole different blog) are sending us down a worm-hole back to the 1970s, and the news out of Ukraine is that it’s not over until it’s over, not matter how much we might wish for it to be done with. House prices, consumer confidence, the cost-of-living: it’s all making things more difficult than we need them to be.

But. We must keep a sense of perspective. We might be dealing with all these difficulties, but we are not at war. We are not fighting for our homeland and our lives. Other people are. If you have time to spare – and it is quite a long speech, but it’s worth getting to the end – check out Zelensky’s New Years Eve speech to his country. It’s superb.
Onwards. #SlavaUkraini 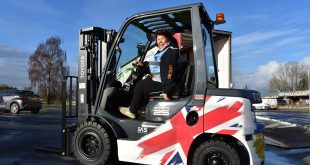 Hunt for (we’re in the red) October