Employing 160 people at its three sites in Burton and Lochmaben, the roof tile manufacturer has donated £500 each from its Community Fund to support both charities.

Andrew Hayward, managing director of Russell Roof Tiles who has a rescue dog called Cush said: “Hillfield Animal Home and Dumfries & Galloway Canine Rescue’s work is invaluable in helping improve the lives of animals and pets.  Many of us have our own pets so this festive season it seemed appropriate to support the essential work both charities deliver.” 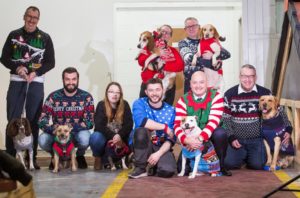 Hillfield Animal Home accepts hundreds of animals through its doors every year – with many pets abandoned or mistreated and others whose owners may have passed away.  It is an independently funded animal re-homing centre that depends on generous donations and fund-raising activities.  On average, over 500 animals are re-homed from this centre each year.

Dumfries & Galloway Canine Rescue has also rescued, cared for and rehomed hundreds of dogs since 2013 – many of which are strays, maltreated or unwanted. The charity also provides temporary care for pets during a time of personal difficulty for their owners.

Susie O’Neil, a public engagement manager at Hillfield Animal Home, commented: “We’re delighted to have been chosen by Russell Roof Tiles and thank everyone for their support.”

Emma Patterson, the Charity manager at Dumfries & Galloway Canine Rescue, added: “We are delighted to have received a generous donation from Russell Roof Tiles and would like to thank all the staff for their efforts in raising such an impressive sum. The money will be vital in providing care for the dogs, while we find them new homes.” 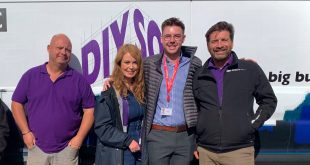