Restructuring at paving and landscaping manufacturer Marshalls in the wake of the COVID-19 pandemic could see up to 400 people made redundant, a trading statement said today (May 13).

Sales in the first four months through to 30 April were down 27% at £131 million (2019: £180 million). However, in the early part of May daily levels of activity progressively improved to the point where the company is at around 50% of its daily revenues compared to the same period in 2019. 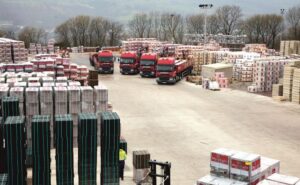 Marshalls has entered into consultations with employees across the Group as part of a series of restructuring proposals that cover all parts the business. These proposals include selective site closures, changes in shift patterns and proposed changes to the size of and structure of support functions. There are potentially up to 400 positions representing 15% of Marshalls total workforce, that may be impacted.

As part of the actions, the Board and Executive management have agreed to a 20% pay cut, with senior managers also taking a 15% cut.

Group Managing Editor across the BMJ portfolio.
Previous Calls for new Boiler Scrappage Scheme to help economy
Next JCB gets back to work at five UK factories 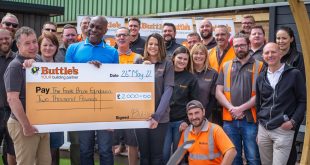 Sing a song of six people