Tobermore Get Behind Ulster Rugby

Irish landscaping company Tobermore has announced they are extending their sponsorship of Ulster Rugby, with a two year deal running until April 2021. 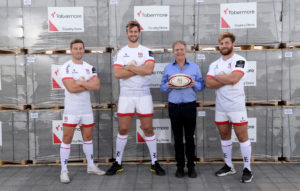 Welcoming the sponsorship, David Henderson, managing director at Tobermore said ‘‘We are delighted to be sponsoring Ulster Rugby and avidly follow their progress. The team attracts the interest and loyal support of so many local people, making it an ideal match for Tobermore’s profile.’’

The deal places Tobermore’s logo on the player’s shorts and Tobermore will promote its association with a range of exciting promotional activities throughout the sponsorship period.

“As a progressive producer of domestic and commercial paving and walling with rugby loving customers around the UK and Ireland who follow the same tournaments it makes great sense for Tobermore to align itself closer to the sport.’’ continued Henderson.

Jonny Petrie, Ulster Rugby CEO, welcomed the extension of the partnership, “We are very pleased that Tobermore have further committed their support of Ulster Rugby for another two years. Like Ulster Rugby, Tobermore have strong roots in their local community, while also striving to be the best in their respective sector. Having that synergy of values will no doubt ensure the continuation of our mutually beneficial relationship over the next two years.”

I'm the Assistant Editor on BMJ. If you have any product or people information, or some news you'd like to share, please feel free to email me.
Previous Construction firms boost jobs for graduates
Next Froch opens Frank Key’s new Sheffield branch 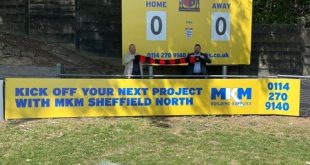 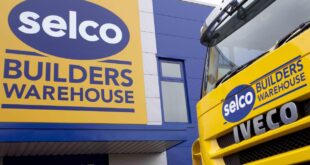