This royal throne of kings, this scepter’d isle,
This earth of majesty, this seat of Mars,
This other Eden, demi-Paradise.

Some weeks nothing happens. You get up, go to work, come home, shout at the children, go to bed and start all over again. Nothing of note happens.

Last week was not one of those weeks.

I opened one of those two-pint bottles of milk for my cornflakes on Tuesday morning. By the time it was empty, it had already seen two Prime Ministers and two monarchs.

In this age of immediate news, Twitter and Instagram posts feeding our insatiable demand for knowing what’s happening now, right now, there was always going to be that sense of knowing that something awful was about to happen. Right from the moment that Twitter reported the BBC’s Huw Edwards was in a dark suit and tie, we knew what was coming. That didn’t stop the news, when it finally broke, from leaving many reeling. For most of the population, there has been a Queen on our throne, not a King. A Queen whose 70-year reign we turned out in our tens of thousands to celebrate just three months ago. She was a constant in our lives, someone we thought would always be there with her bright outfits, her corgis, her horses, her handbag and her commitment to doing the job she wasn’t, in fact born to do, but ended up with anyway, the very best way she could. Right to the very end, too.

My heart goes out to the members of her family who have not only lost their figurehead in the same way the nation has, but who have lost the head of the family. It’s hard enough to lose a parent, but to do so when the eyes of the world are upon you must be doubly hard. We feel their loss, but we know they feel it more.

Last week started with the  old Prime Minister being released from his post and the new Prime Minister being granted permission to form a government, which led on to the news that there would be a re-think on the energy price cap from October, with help for households and businesses in the face of the meteoric rises forecast. We’ll pay for that eventually, of course, but for now, the nation’s tumble dryers can stay.

Next week will begin with a huge state funeral, all the pomp and ceremony for which the British are so known and, to be fair, do better than anyone else in the world, and will then settle down into our new normal, the Elizabethan age migrating gently into a new Carolean age. It will feel different. It will look different – new bank notes, new coins, new stamps, new post-boxes and police-helmets – but the world will carry on.

In the meantime, whilst all our attention last week was focussed on Truss, gas bills and the Royal Family, there was something rather special happening a thousand or so miles away. Ukrainian forces have retaken over 6,000sq km from Russian forces. If anyone was in any doubt about the need for the West to continue to support this tiny nation in its fight against the Russian bear, just watch the TikToks of the Ukraine solders being greeted by those they have liberated.

Slava Ukraini. Thank you M’am. God save the King. 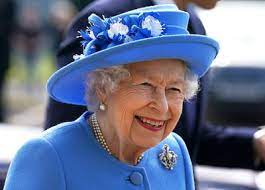