It’s all gone a bit Stormzy

The problem with the naming of storms is that some names are more, well, stormy, than others. Take Storm Ivan, for example. I can’t remember when we last had Storm Ivan but he sounds like he was full of rage, thunderously raining down gallons from thick, dark clouds, while howling round the chimney pots.

Storm Brendan, on the other hand, which is what we currently have, doesn’t sound like he could do much damage at all. Storm Brendan sounds like it should be a nice neighbourhood sort of storm, one that would ask nicely whether we minded so very much if he just huffed and puffed a bit and blew down a few things. Not a house, maybe, but perhaps the odd fence.

Instead, I’m writing this with a curtains drawn, the lights all a-blazing, even though it’s still the middle of the afternoon, so dark and murky has it become outside. It sounds like it’s the end-of-days out there, with the howling and wailing of the wind, the driveway could be mistaken for a fast-running stream and there’s an external ventilation grill on my neighbour’s house that’s rattling away like you wouldn’t believe.

The problem is not the water we get, but how we manage it. Storing what we get and hanging onto it for use when and where we don’t get enough is the real challenge. Also, incidentally, equally a challenge for the renewable energy sector. Early off-grid domestic adopters of solar panels and wind-turbines often found that they had more energy than they could handle in the height of summer, but nothing to power the kettle with in the depths of a storm like Ivan, or even Brendan.

If we got the same weather patterns in the same places every year, we would be able to plan and manage for them. However, although we know the UK is going to get a lot of rain at some point every year, it’s never that easy to pinpoint exactly where, when and how much. There’s a big difference between ‘coping with’ and ‘management of’ excess water. People talk about ‘after the floods of 2007’ when SUDS legislation really moved up a gear in order to prevent as far as the same thing happening again but has that been enough – (spoiler alert, it did happen again so, probably not).

There are some things we as a nation are pretty rubbish at. There’s more technology in my phone than it took to put a man on the moon fifty years ago, yet we still don’t have proper, country-wide fully-integrated policies for dealing with water management. Because we get so much of it, we don’t value it or know what to do with it when there’s too much. In Australia they would bite our arms off for some of the wet stuff we just fritter away. The least we could do is manage what we have properly. 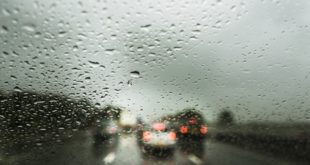 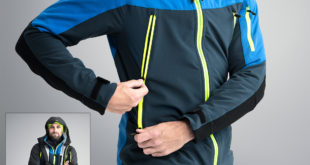 Gear Up for Changeable Weather with Snickers Workwear.

Abloy Secures against the elements