To wish was to hope, and to hope was to expect

So, I’ve been away for 10 days. Did I miss anything? Maybe a seismic change in our economy, meaning that the country coffers are filling up, our tax-burden is lower and our belts can move out a notch? Or maybe that Putin has realised the futility of his Mother Russia ambitions and sulked off, his tail between his teeny, tiny legs. Or even that the Conservative Party has had yet another change of heart and the Pickfords lorry has headed back to Downing Street?

Well, one out of three ain’t bad.

My last blog, hurriedly composed on my phone on the train on the way to WCOBM Master Richard Hill’s Installation Dinner, speculated on a few possible names for Cabinet posts. I got the PM and Chancellor right, but really didn’t foresee the Suella Braverman spin-around. We’ll see how long she lasts this time.

My gut instinct is that Sunak had to offer her the Home Sec role in order to get her support for his leadership bid, knowing that she is/was a poster girl for the right wing of the Party. It was probably this defection that sealed the lid on Boris Johnson’s abortive attempt to regain his past glory. Although, it’s perfectly feasible that he could be back at some point. Anyway, how long Sunak hangs onto Braverman will depend on how many more snafu situations of her making are uncovered. Also, how secure Sunak feels a-top the wobbly Downing Street pile.

In the short-term, the pound is back on a more even keel mortgage rates are stabilising – they had been too low for too long, though that’s not helpful if you are struggling to find the extra money, on top of increased energy bills. Still, we know have someone at the top who is less opposed to the idea of a windfall tax on those astonishingly high quarterly profit figures from BP and Shell than his predecessor, so there might be something going to fill that gaping chasm in the ledger.

In the meantime, back to writing about the day job. Independent Builders Merchant Group – the behemoth (I know how some of you love my use of that great word) that has gobbled up some of the most well-known independent builders merchants brands across the south in the last four years – is leaving the National Buying Group from the beginning of next year.

Surprise! Well, no, not surprise actually. This has been a long time coming. NBG is a group of like-minded independent business owners, who all play their full part in running the organisation. IBMG has grown to the point where it has less in common, structurally-speaking, with the NBG Partners. Yes, at grass-roots, branch and individual brand level, there is still the same commitment to knowing ones local customers and market as there ever was, but the back office machine has grown, developed and evolved. What was right for IBMG when they bought Parkers, when they bought Chandlers, Grant & Stone and then CRS, RGB, and Total, is not right for the company now.

Their departure will leave a hole in NBG, but I’d like to think this was anticipated and planned for. 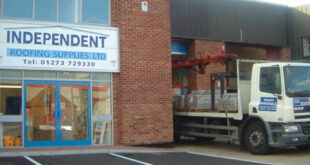 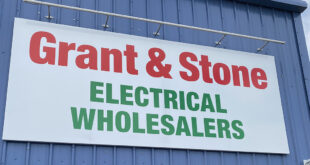