Well. That’s been a fun 24 hours, boys and girls. And it’s not over yet. Not by a long way. While there is blood in his veins and breath in his lungs, Boris Johnson, is to be dragged, kicking and screaming from Number 10, clutching onto the door-jams like a tantruming toddler refusing to go to  bed.

He may have gone to.bed vowing that they will have to prise the keys to Chequers out of his cold, dead hands, but by 9.30 this morning, the BBC had the news that Prime Minister Boris Johnson will resign today.

Of course, he won’t go quietly or without fuss. This isn’t Gordon Brown, resigning to try and save his party’s election chances, nor is it David Cameron, throwing the Downing Street keys out of his pram in a fit of post-referendum pique. It’s not even Teresa May, forced out by her colleagues from a job she desperately wanted to do, and which, under different circumstances,  she might have been OK at. This is Johnson. The man who, aged 10 announced he wanted to be ‘World King’.

Johnson will I’m told, say he wants to remain in power until his successor is appointed, though there seems to be a good deal of disagreement about whether that is wise.

There now comes the question of who can, or should, take over. Kier Starmer is, naturally angling for an election, but I’m not convinced he’ll get one. And, depending on who the MPs vote in, they may or not play into his hands on that one.

The front runners will appear from the woodwork in the next few days of course; it looks like Zahawi has been playing the long game, and Javid is clearly up for another tilt at the title. So many names are appearing on Ladbroke’s, it’s hard to know where to place your bet.

Gove, the slimey stalking horse? Truss? Mordant? Sunak? I wonder if he’s so fed-up with Johnson that he just wants to go home to Yorkshire and count his money. Patel? Only if, God forbid, Trump got another stint in the White House; she’d terrify him.

I rather liked Ben Wallace’s justification this morning as to why he remains one of the handful who hasn’t resigned. Loosely translated it said ‘someone’s got to  keep this shit-show on the road’.

Sometimes, having the grit, the heart of a lion, and the cojones to battle through and not give up is a good thing. A really, really exciting, nail-biting, exilherating, heart-pounding, sofa-jumping living-room pacing good thing. And sometimes it is not.

Ladies and gentlemen, I give you two men to compare and contrast: One could be on his way to becoming a GOAT (greatest of all times) the other just, well, looks a bit like a goat. 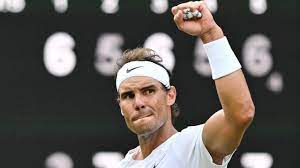 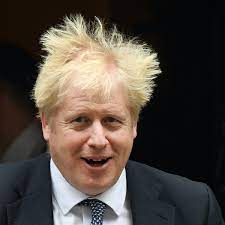