Stamp out the council house shortage

But injustice breeds injustice; the fighting with shadows and being defeated by them necessitates the setting up of substances to combat.

Fiddle, fiddle fiddle. That’s all it is. Fiddling with stuff but not actually fixing it. When he was Chancellor of the Exchequer George Osborne altered the stamp duty thresholds, reducing the burden for those buyers at the bottom end of the ladder and massively increasing it for those further up the chain.

Much of what he did made sense, in that it removed the old slab-format where one pound over the threshold meant paying the tax on the entire value, replacing it with more progressive calculations, rather like income tax. However, in the ensuing few years, it seems as though his reforms have actually slowed the housing market, raising far less money for the Treasury than expected and leading to a steep decline in property sales because people at the higher end of the property market decided not, after all, to move.

If a housing market is to thrive and do what it needs to do for the rest of the economy – it needs to have a certain amount of churn all the way through. Today’s first-time buyers in one or two-bedroomed flats move on to family-sized homes, those in two or three-bedroomed houses move on to bigger ones when their children collect so much junk that they burst out of the existing ones and so it all moves up the chain until those at the top either drop off or downsize.

So now the current Chancellor, Sajid Javid, is looking into fiddling with it again, moving the burden away from the buyers of a property onto the sellers. Which makes a bit of sense if you look at it from a capital-gains point of view. If you place the burden on the buyer, it’s a ‘we’re taxing you for the privilege of buying’; by making the seller pay it, it is more of a ‘you benefitted from the house price increase’ tax.

It won’t solve the bigger issue of course. House prices in this country are, by and large, far higher than they really ought to be. One of the unforeseen consequences of the Help to Buy scheme was rising prices. All changing the tax burden from buyer to seller will do is add to that, since the extra tax is likely to be built into asking prices. If buyers and sellers both play hard-ball then we get stalemate and a lack of transactions and the all-important churn.

It’s meaningless to be tweaking the edges of things like this when the housing sector has a far bigger crisis, brought home by the Children’s Commissioner Anne Longfield in a report, Bleak Houses issued this morning.

The report shows that while official statistics show 124,000 children in England living in temporary accommodation, this does not include the hidden homeless who are ‘sofa-surfing’, often in very cramped conditions. New analysis conducted for the Children’s Commissioner for England estimates that in 2016/17 there were 92,000 children living in sofa-surfing families.

The Times has been investigating this for some time and some of its findings show that developers are using a loophole in the planning system to turn former office blocks and even storage containers into ‘accommodation units’ for private rent.

This is also something that the rather fabulous architect/housing campaigner/TV presenter George Clarke is fighting against. If you didn’t see his programme George Clarke’s Council House Scandal, then I suggest you download it now. It makes for sobering viewing. This country should be doing better for its citizens. Fannying around with stamp duty isn’t going to build desperately needed homes for people. 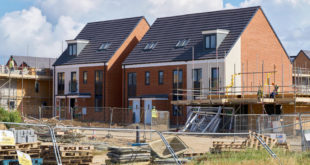 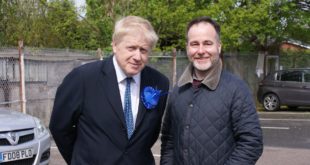