I fear your voice has lost its charm, Sauruman

Well. This has been an interesting week.  I make no apologies for re-using the headline I used on the morning of November 9 2016 when it became clear that the United States had become so disenfranchised with politics that it elected a rabid obsessive narcissist as its leader. OK, so maybe it wasn’t totally obvious that Donald Trump is a complete bigoted narcissist precisely at the moment he was elected. But my God, it’s become clear since then. All too clear.

Anyone who’s been paying attention in the last four years could have had an inkling that Trump was not going to go quietly. However, I had it in mind that he would be more like Nigel Hawthorne’s character in The Chain, the skinflint who strips the house he’s sold of every last doorhandle and light fitting, before being hoist by his own parsimonious petard when his cheap removals firm steal all his possessions.

Instead, we got a man who is so steadfastly convinced of his own divine right to be leader, a man so terrified of being thought ‘a loser’ that he refuses to believe the results of the election and has spent the last few weeks claiming it has been stolen from him. What a loser.

It’s one thing to moan incessantly about not winning (see also: Brexit/Remain). It’s quite another to actively encourage your supporters to storm the seat of democracy to stop the legal ratification of the election by elected members of the Senate. Five people died as a result of that riot by those protestors. 50 police officers were injured. The ITV News team took their lives in their hands when they followed the rioters inside to bring us the story. No-one who breaks into the seat of government armed with guns, handcuffs, white supremacist t-shirts and tear gas is a protestor. They are domestic terrorists.

We’ve witnessed scenes like this around the world in the past but somehow last Wednesday seemed more shocking. Was it because it was being enacted by people who look like us and sound like us that it seemed to have more shock-factor?

I’ve long said that Trump is the worst boss anyone has ever had made big. Anyone who gets into a position of power gets given a deck of metaphorical cards – let’s be frank and call them arsehole cards. We’ve all been in meetings where someone has said or demanded something totally unreasonable from which they will not be swayed and plays that card. At which point everyone else has to inwardly roll their eyes and think to themselves ‘great, he’s played the arsehole card’. You cannot win against these people and they just continue to play their cards as and when they like, no matter how unreasonable and unhinged they make themselves look.

The thing about the arsehole cards though is that they run out and they lose their power. Every time that inward eyeroll happens, the person playing the card loses a bit of credibility.

The other thing about the arsehole cards is that you don’t have to use them. It’s up to you. Obama had his own pack. He didn’t use them. Trump has chosen to use every card in his deck and, one by one, Republicans who want to save their own political legacies are stepping away from the toxic swamp of self-pity and self-delusion that Trump is wallowing in. Mike Pence seem to have finally found his cojones and, possibly with an eye on 2024, is desperately trying to wash his hands, Lady Macbeth-style, of the stench of his association with the president.

The fact that it took Trump days to say anything, anything at all, about the riots, is bad enough. When he did, it was: “We love you. Now go home”. It was more like something the head-teacher would say to a bunch of unruly teens in the park on the last day of term and was tantamount to a pat on the back for his supporters. And don’t they know it. This story is changing all the time; Trump may or may not get impeached by the weekend and there may well be more attacks – the FBI seems to be warning of them and the Washington Monument is amongst the places to have been closed, just in case.

All through my life, no matter what triumph or tragedy, joy, anger or sadness might befall me, there has been a Bruce Springsteen lyric that speaks to that moment. Gentle readers, I give you The Boss, talking to Channel 4 news in 2016:

“He’s such a flagrant, toxic narcissist that he wants to take down the entire democratic system with him if he goes. He’s such an unreflective person. He simply has no sense of decency, no sense of responsibility about him. The words that he’s been using over the past several weeks really are an attack on the entire democratic process… I think it’s very dangerous. He does have a lot of people’s ears, and I don’t think he’s going to go quietly, gently into the good night, I think he’s going to make a big as mess as he can”

Good news for a change 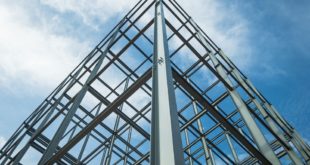