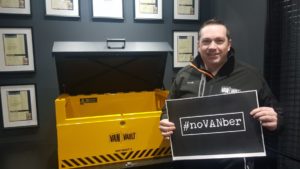 Based in Loughborough independent plumber Peter Booth (@PBPlumber) launched a petition last year aiming to get the issue of van theft taken more seriously. His #noVANber social media campaign calls on the Government to look at increasing ways to protect tradespeople from van tool theft.

The campaign has garnered huge support, with the online petition now having over 38,000 signatures. Once 10,000 signatures are achieved the Government will respond to the petition and if it hits 100,000 it will be considered for debate in Parliament.

Van Vault is the UK’s premier brand of containers for storing and securing tools in vehicles. Their range is available in a variety of sizes, each designed for use is different types of vehicles.

Van Vault is supporting the campaign by promoting the petition details across all its own social media and online channels as well as offering products to incentivise people to sign up to the petition.

Recent reports* claim that a van is broken into and tools stolen every 23 minutes in the UK, with an average of 62 thefts per day. This is reflected in data that shows that tool theft claims have increased by over 15 per cent and that the value of claims themselves have risen too, now averaging around £1,692.00

Tool theft is plaguing many sectors, the construction industry specifically has recently reported that more than half of builders in the UK have had their tools stolen, according to new research by the Federation of Master Builders (FMB).

Deborah Hunt, Marketing Manager at Van Vault comments “Peter has done an excellent job of raising this as an issue and we’re hoping that by adding our support we, together with other leading brands, can take the campaign to the next level to an even wider audience.”

Peter Booth added: “I got tired of seeing photos and stories from tradespeople who had their vans targeted and tools stolen, stopping them from working. I didn’t think it was fair. I wanted to gather support using social media influence to try and get the Government to look at possible ways to help make this crime less profitable for the culprits.

“We now need to reach more people that are not on social media. If you could ask your customers, friends and family to support the cause by signing the #noVanber petition, we may be able to reach our target of 100,000 by May.”

I'm the Assistant Editor on BMJ. If you have any product or people information, or some news you'd like to share, please feel free to email me.
Previous Soil stabilisation to make road construction cost-effective and more sustainable
Next Chandlers Building Supplies presents top awards to staff 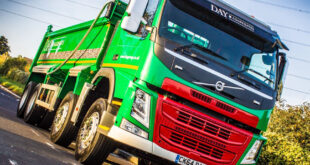 Day Aggregates keeps its vehicle fleet in check with PODFather 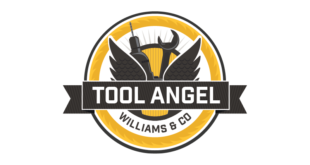 Introduction of the new Tool Angel service at Williams & Co 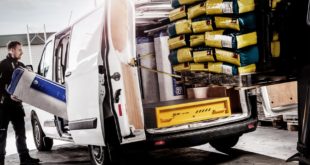