There are lies. There are damned lies and there are statistics.

I’d write something about what’s happening in Parliament at the moment and how it will or might affect the merchant and building material manufacturing industries….except I can’t. I can’t for the very simple reason that I have not the foggiest notion what is going on nor how it might help or hinder this industry in the future. Any plot there was has I fear, been lost in the maelstrom of political in-fighting, out-fighting and in-between-fighting.  Whether the deal – any deal – is struck and voted for no longer has anything to do with the ‘will of the people’ and everything to do with who is going to be Prime Minister this time next year. It’s my belief – and I have nothing more than guesswork to back me up on this – that back in 2016 Boris Johnson and , possibly to a lesser extent Michael Gove, took their time to decide which side of the debate their best chances of political advancement would lie and voted accordingly.

Apparently over three million people have now signed the petition to revoke Article 50 and organisers claim that over one million marched in London. Not sure either of those are strictly accurate – at least with Farage’s March to Leave we could pretty much count them all. Yes, 17.4m people voted for the UK to leave the EU. But that still leaves 16m who voted to remain in the EU. It’s basic maths.

Right now, it’s difficult to know what or who to trust. Misinformation is spreading and social media is muddying the already very murky waters. There are those on the Remain side who attest that enough Leavers will have changed their minds in the last two years to make it worth a second referendum. There are also those on the Leave side who believe (possibly not without some justification) that the shenanigans of MPs and the EU between them mean there are more people than ever who just want out, and want it all to be over with so that we know what we are dealing with. Even if that ends up being empty shelves, gridlocked roads and holidays on the Costa-del-Devon.

So, this coming Saturday we will still be in the EU instead of out of it. For how long and what next is anyone’s guess. 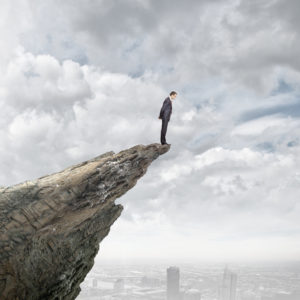