Builders’ merchant Jewson has been fined £400,000 following a forklift truck accident at its branch in Margate last year. 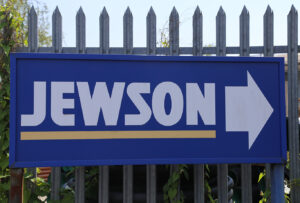 Magistrates at Folkestone heard how, in August 2021, an employee of Jewson received life-changing injuries while another received deep cuts and lacerations when a load of metal mesh sheets toppled from the forks of a lift truck.

Officers from Thanet District Council’s public protection team investigated the incident, served two prohibition notices and three improvement notices. It then decided to prosecute the company for offences under the Health and Safety at Work Act 1974.

An initial fine of £600,000 to Jewson parent company Saint Gobain Building Distrbution was reduced to £400,000 following the guilty plea,  and full costs of £23,094 were awarded to Thanet District Council.

Cllr Jill Bayford, Thanet District Council cabinet member for housing and environmental health, said: “Thanet District Council will investigate and take enforcement action against employers who don’t take health and safety at work seriously, especially where this results in the injury of others.  We feel that the fine handed down was fair and hope that this will bring some closure to all those who were affected by the accident.”