If you don’t know where you are going, any road will get you there

As a journalist whose technique is rather more on the ‘let’s have a nice chat over a cup of tea and see if we can get some sort of story out of it’ than the ‘go for the throat expose’,  am in awe of those who do the job properly, in the full spotlight of the telly. Whether that’s Queen Laura of Westminster standing in a cold Parliament Square in an array of amazing coats, Dr Katya Adler, switching seamlessly from English to French to German in Brussels, or Andrew Neil, in the comfort of the BBC Westminster studios, going at a politician like a dog with a bone.

Don’t get me wrong, there’s lot to be said for the softly, softly approach, especially in an industry where people still base a lot of their decisions on what they think about other people. Politics, though, is a whole different game from builders’ merchanting.

So far, Neil, former Editor of The Sunday Times, has taken apart not only Jo Swinson, leader of the Lib Dems and Nicola Sturgeon, leader of the SNP (according to a friend of a friend, she is the nicest person in politics, but that’s by the by), but also Jeremy Corbyn, leader of the Labour Party.

We have yet to see what Neil will make of the current incumbent of Number 10 when he interviews him but it wasn’t pretty when the two met during the Conservative Leadership Election back in the Summer.

What concerns me when we have these so-called car-crash interviews (and how bad they are depends on your political persuasion) is how unprepared these people seem to be for the questions that they know must be coming. When there are so many advisors, press relations officers and consultants hanging around every party, how is it possible that Corbyn seemed unprepared for the anti-Semitism questions that he refused to answer four times? Or Sturgeon for the 10 on the notion of a second referendum? Or Swinson for questions on how committed she would really be to a pro-Remain alliance?

Neil has taken on the mantle of the BBC’s chief rottweiler interviewer from Jeremy Paxman and before him the sublime Sir Robin Day and, if the Telegraph, Mail et al are right, then Corbyn’s credibility went up in smoke last night.

However. On the back of a concerted campaign across social media, there has been a huge upswing in the number of people registering to vote. The number of young people, for whom the Labour promises of no tuition fees, free broadband, new council and social homes, a “real living wage” of at least £10 an hour and a potentially lower retirement age for people in hard manual jobs might actually prove more of a turn-on than the Neil interview will prove a turn-off.

I’m told by my 12 year olds that ‘no-one apart from old people like you watches news on the TV anymore’, so maybe this election will be won on YouTube and Facebook and the sides of buses. Just like the EU referendum was. The EU referendum that was three years ago, since when huge swathes of people have gained their majority. If those people have all registered to vote then that could very well have as much influence on the election as the TV interviews. 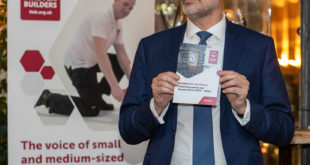 FMB says that the Brexit election must address housing crisis