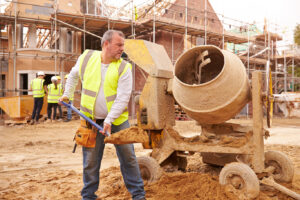 New business grew at its fastest pace since October 2014, mainly due to a recovery in tender opportunities and improving confidence. Purchasing activity in November reached its highest for just over six years, although this rising demand for construction products and materials  meant additional pressure on supply chains, a sharp lengthening of lead-times and some transport delays and stock shortages. Input costs increased at the fastest rate since April 2019, with survey respondents commenting on particularly sharp rises in timber prices.

Tim Moore, IHS Markit’s economics director, said: “UK construction output stayed on a recovery path in November and there were signs that the main growth driver has transitioned from catch-up work to new projects. Construction firms report[ed] a boost from rising client confidence and the release of budgets that had been held back earlier in the pandemic.”

Duncan Brock, Group Director at the Chartered Institute of Procurement & Supply: “The sector is moving back to strength with another solid rise in output and gaining more momentum as new orders rose last month at the highest rate since October 2014.

“The energy behind this success was primarily the housing sector as sales remained buoyed by consumers rushing to meet the stamp duty relief deadline less than four months away and a rise in home improvement projects for locked down citizens. The below par performance of supply chains, overstretched by the bulk of this renewed demand held back further progress as lead times increased and shortages scuppered agile builders ready to get going again. “Despite this accelerated improvement overall, the employment picture remained cheerless. In a bid to dampen down the effects of the sharpest rise in input costs since April 2019, builders were reducing headcounts to keep their own heads above water leading to another fall in job numbers. As more work fills the sector’s pipelines, the necessity to recruit is likely to become more urgent, and the shortfall could be reversed barring further disruption.”