“There appears to be an increasing issue getting products through ports,” Newcomb is quoted as saying. “Rather than taking a maximum of one week to unload, it is taking up to four.”

The article suggests that everything from “power tools and screws to timber and roof tiles” is in short supply for builders.  as the gridlock at UK ports holds up crucial deliveries and sets off alarm bells in the run-up to Brexit. 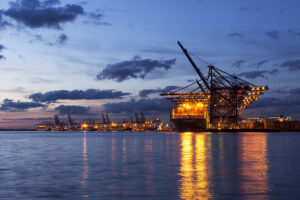 Newcomb said that the BMF has raised the issue with the government and that the high level of demand for building materials during the two lockdowns has prevented builders from stockpiling in the run-up to Brexit.

Simon Midwood, managing director of family-run distributor Timco, also features in the article, saying the company’s shipping costs had increased by more than 300% and that the extra cost was pushing up cost prices by between 3% and 17%.

Timber is in particularly short supply and consequently prices have risen between 20% and 40% because of supply problems in Scandinavia; there are also supply issues with roof tiles, screws, fixings, tools and white goods such as washing machines and fridges.