The Builders Merchants’ Federation (BMF) has announced an exciting new initiative for 2020 which will help members seeking to digitalise their businesses.   The BMF has partnered with the Electrical Distributors’ Association (EDA) to develop and implement the ETIM open-source data model for the standardisation and classification of product data in the UK.

One of the key benefits of ETIM is that it removes ambiguity and ensures that all users of the product data are using the same terms to describe the same attributes and values. It streamlines the transfer of information, removes inefficiency in the supply chain and facilitates the transition to online trading.

ETIM is a tried and tested model that has been adopted by manufacturers and wholesalers in 20 countries across Europe and by the USA and Canada.  Initially designed for the electro-technical market, ETIM has expanded to include general building materials and heating, ventilation and plumbing products. It has now developed further to include a 3-D modelling version to provide digitalised data for BIM applications.

ETIM was adopted by the EDA in 2017 as a ‘must’ for the digitalisation of the UK electrical installation supply chain. The BMF will now start work to bring ETIM to the Building Materials and HVAC & Sanitary sectors.

BMF CEO John Newcomb said: “A straw-poll of our merchant members found that 53% have difficulty in obtaining product data from their suppliers in an easily usable format, and 94% would value readily available and accurate product data.

“With a growing number already doing business online and 65% planning to launch or increase sales from online platforms during the next two years the need for high quality, consistent and updatable digital data is set to escalate. Supporting the introduction of ETIM within our sector fits well with the BMF’s mission to help members build excellence within their business.”

The BMF will begin the process of implementation from January 2020. David Bate, who performed a similar role for EDA, has been appointed BMF’s ETIM-UK Project Manager.  He will lead a number of ETIM Standardisation Working Groups, drawing together expertise from BMF members involved in different product areas, and drive the UK roll-out of the ETIM Classification model for building materials and HVAC through the UK supply chain, comprising manufacturers, merchants, specifiers, contractors and installers.

If you would like to be involved in one of the working groups, please get in touch with the BMF.

Further information on ETIM can be found at www.etim-uk.co.uk and on LinkedIn under ETIM UK 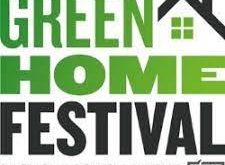 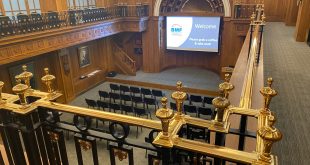