Insulation specialist Actis has come up with a new tool to make life quicker and easier while cutting insulation. 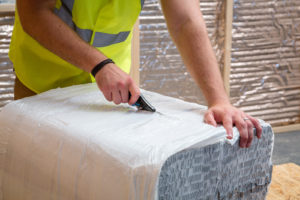 The problem of holding a piece of insulation with one hand while wrestling with a pair of kitchen scissors or a Stanley knife with the other is an issue faced by many installers.

The Actis cutter is an added value add-on sales opportunity for merchants that makes the job quicker and easier by keeping the insulation ‘pinched’ during the chopping process for better and speedier cutting.

A piece of adjustable plastic on the tool ‘pinches’ the material and can be moved up or down to suit the thickness of the product, meaning the second hand can concentrate on just holding the material rather than wishing it had a third hand to help out.

“If you were to cut the material with anything else, one hand is trying to hold the material as taut as possible and ensuring all layers stay together, while attempting to cut accurately with your other hand. This can be time consuming,” says Actis regional sales director for the South East, Steven Ellis

“Tricky areas such as doors and windows, where you will need accurate and straight-angled cuts are made a lot easier and faster with the tool as it pinches and holds the product for you. Ultimately, it increases the ease and speed of installation.”

“Generally, they will measure out the HControl Hybrid needed and then lay this on the floor and try and cut it with a Stanley knife or a sharp pair of scissors. Alternatively, they will staple it on the wall or roof as desired and then try and use scissors or a knife once again. I’m sure there are specific builder branded scissors, but I have a contractor who says he used his wife’s kitchen scissors and they were great. Each to their own.”

The product is featured in one of the how to videos on the Actis website. 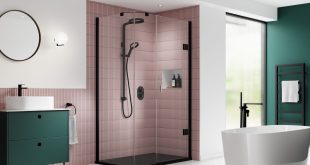