ACO management has confirmed it will sponsor local four-cross mountain bike champion, Connor Hudson, once again for the upcoming 2020 season.

Four-cross gets its name from the four riders who compete in this form of mountain bike racing, the riders take on a BMX-style downhill track aiming for the fastest time possible.

The current reigning four-cross mountain bike national title holder, Connor, 23, carries out most of his training at Chicksands Bike Park which is only a few miles from ACO’s UK head office in Shefford.

Following on from a successful season last year, ACO will continue its support throughout the 2020 season. It will be a big year for Connor, who will compete in numerous races around circuits both internationally and within the UK, in hopes of adding more titles to those he’s already achieved. 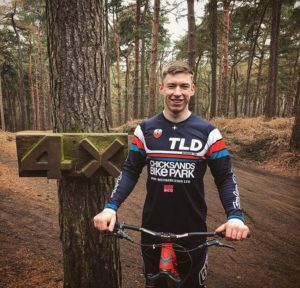 Oliver Collins, Building + Landscape product marketing manager at ACO Water Management, comments: “We are pleased to be continuing our sponsorship of local mountain bike sensation, Connor. It’s wonderful to be able to support him in putting his training into practice and achieving his goals on both a domestic and an international level.  For over 35 years, ACO has been based in Shefford and communicating with local residents and getting involved in the activities going on within the community is really important to us.”

Connor comments: “I’m so grateful for all the support ACO has given me. It means a lot, especially as someone who grew up in and around Shefford, to be recognised and supported by one of the biggest companies in the region. I’m looking forward to 2020 and what the season will bring, following the success of last year I’m keen to retain my title.”

ACO will be working alongside Connor to produce some new footage of his riding.  To keep up to date on the latest news and videos from ACO, you can follow the company on Facebook. 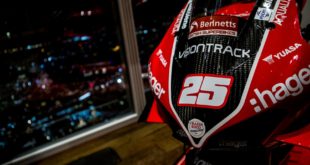