West Fraser’s SterlingOSB Zero, a precision-engineered OSB3 board, can now boast of being the greenest of its type in the UK. Produced in Scotland, West Fraser’s load-bearing board has been extensively developed to be free from added formaldehyde. 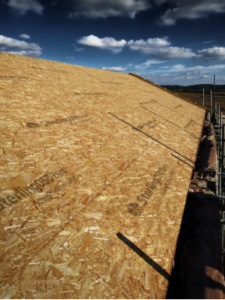 By choosing OSB3, builders will be working with a product made from timber grown and processed in the UK: resulting in lower embodied carbon from transportation and a highly energy efficient production process.

West Fraser’s zero-added formaldehyde OSB3 offers further benefits too: being precision-engineered means there is less waste on site as well as production, with the rugged panels being of uniform dimensions and without weak points such as knots or voids.  Importantly they will not delaminate, while the boards are easier to saw, plane, drill and fix: where screws or even nails can be driven as close as 8mm to the panel edge without splitting.

Suitable for structural use in multiple applications, SterlingOSB Zero OSB3’s inherent strength makes it ideal for decking or sarking as well as for boarding up vacant properties, as well as for hoardings.  The product can also accept most surface treatments used for marketing messages and logos around a site’s perimeter.

In addition, for specifiers and developers seeking to secure the higher BREEAM categories or to reinforce their environmental commitments, they can be assured that the CO2 locked within the BBA-approved SterlingOSB Zero during its lifetime is greater than that involved in its production. 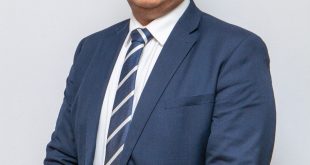 Timber industry and merchant collaboration is key to success