Never inquire into another man’s secret; but conceal that which is intrusted to you,
Though pressed both by wine and anger to reveal it.

My 13-year-old son, with whom I am currently sharing an office thanks to COVID-19, leaned a few new choice words expressing surprise on Monday morning. Well, they probably weren’t new to him at all, being a teenage boy and all, but still: I was not expecting that: Grant & Stone have bought RGB. And BuildIt Gloster. And Total Plumbing Supplies. Phew! And all before I’d had my second cup of tea.

I know the word on the street was that Cairngorm Capital had given Nick House a big bucket of cash to go shopping with but that’s one hell of a bucket. More of a tipper truck really.

What was so surprising about this was that it was so surprising. I’ve long said that my biggest competitor in this market in terms of news is the grapevine. Merchants and manufacturers love a gossip and a good old speculate, and the pandemic and lockdown hasn’t really dampened that attitude at all, it’s just moved it back to text messaging, private emails and that chat facility on the side of a Zoom meeting.

Which again makes the fact that they managed to keep it so quiet for so long such a surprise. Back in the day, when I first started working in an office, the quick way of getting written news out to someone was by fax. The trouble was, our one fax machine was in the reception area and when something came in with your name on it, the receptionist would ring and tell you there was a fax for you. So, you trundled downstairs to pick it up from the tray, safe in the knowledge that everyone who’d walked past had had a good gawp at your missive, whether it be the sandwich order for the IT department or something about a potential acquisition. Trust me, rifling through those faxes ‘trying to find mine’ was the best way of finding out what was going on in the company. Ah, I miss those days. Maybe these days it’s easier to keep things quiet, with emails and encrypted WhatsApp and Facebook Messenger groups.

It shouldn’t really be so surprising when you think about it though, should it? This industry is about buying and selling: buying and selling building and plumbing materials and buying and selling builders merchants. A merchant buys product, stocks it and sells it on to a customer who wants to buy it for more money that it was purchased for in the first place. This isn’t really that different from setting up a business, running it well, nurturing it through the tough times and the good times and then selling it on to someone else who wants to buy it.

After a year that we have had, I don’t blame anyone who has shares in a merchant business for wondering if now might not be the best time to cash it all in and reap the reward of all those years of hard graft. Independent businesses have grown up with independent shareholders, many of those shares are in the hands of people whose name may be above the door but who aren’t involved in the day to day running of the business. Then there are other businesses who know full well that the only way they are going to be able to grow beyond a certain point in the future is with the backing of a larger concern. And not every independent has a succession plan that will keep the business totally in their hands.

A truly vibrant industry will always have this sort of turnover of business ownership. It’s what keeps things fresh and it gives us something to gossip about. Which is always nice. There will be more take-over news stories to come. The purchases announced by Grant & Stone on Monday, added to the earlier ones of CRS and 3Counties, make for a 74-branch business, the largest in the south. It’s a biggie – take a look at the branch locations on the map and, more importantly, look at the gaps. 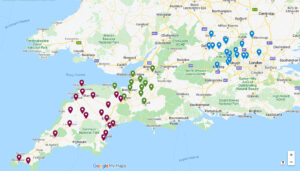 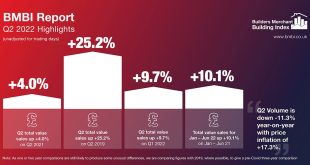