RonaRoad GreenPatch Pothole Repair from Ronacrete can be laid at temperatures down as low as -20°C and is ‘greener’ and more effective than other pothole repair solutions.

It uses a softener with biodegradable plant extracts to prolong the life of the repair, as toxic solvents can attack and eat away at the other components, weakening the bond from the moment they are applied.

RonaRoad GreenPatch can be laid at temperatures as low as -20°C remaining pliable in extremely cold weather. This is important because potholes appear as a result of water trickling into small holes in the road surface and then expanding when the water freezes causing the surface to break away.

Ronacrete sales director Daniel Osen, is a keen cyclist and noticed a marked deterioration in the road surfaces.

“Several cold winters have taken their toll on the road surface making them much more dangerous for cyclists,” he said. “You often can’t see the potholes until you are almost on top of them and taking avoiding action can mean steering into the path of a car, especially on narrow country lanes.”

The Ronacrete technical team started researching the pothole repair market, talking to manufacturers, road repair contractors, and to local authorities. It was discovered that many traditional pothole repair products use solvents to make them soft enough to use. However, these solvents, which are based on petrol, diesel and benzene, actually make the product fail early. They are also not good for the environment as they can leach into the road contaminating streams and rivers.

Be careful what you wish for… 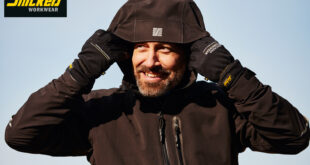