it provokes, and unprovokes;
it provokes the desire but takes away the performance.

We’ve all had it. That slightly sweaty feel at the base of your spine, the wobbly feeling in your abdomen as you wonder whether it’ll be as good as expected, whether it’ll last long enough, or once again let you down halfway through. If it doesn’t have the stamina you thought it did, then you could be left in a slightly embarrassing situation, unable to complete what you started to the satisfaction of yourself and maybe those around you.

There’s a new name for it now: range anxiety. There you are, at the side of the road, electric battery as flat and as useless as a – insert own simile here – while you try to get the AA to come along and give you enough juice to get to the nearest charging point. Always assuming that you can find a charging point that’s a) free, b) in a place where you can get a mobile signal or Wi-Fi so you can pay for it, and c) accepts one of the 18 different Apps that you’ve had to download to make sure you’ve always got the right one. (See also: public car park Apps.) In the States apparently, there’s a movement by petrolheads to find and park in as many electric charging spots as possible, to prove the superiority of the internal combustion engine. Yeah, whatever.

Apparently, range anxiety is one of the things that is holding back the take-up of electric cars in the UK. The worry that even if you ‘fill-up’ the battery at home, you simply won’t have enough juice to get you sizeable distances. A few trips round town, the weekly Sainsburys-run or a quick hop to Lakeside for meatballs and tea-lights at Ikea, are fine, but Average Joe worries about being able to get round the M25 to that important appointment, or the airport, or about heading off on holiday without having to spend half the week worrying about where to charge up the Volvo.

According to industry analysts, it’s the lack of a widespread electric vehicle charging network in the UK which is holding back the mass adoption of electric cars. A bit concerning when you consider that the government is to ban sales of new petrol and diesel 2030. That’s only seven years hence.

Charging of electric vehicles is a huge issue, not least because of where many people live. My neighbour’s Volvo is either being driven or being charged up, but he has a driveway, across which the cable snakes like a mechanical umbilical cord. New-build housing estates are starting to have electric charging points as standard, but it’s far harder to charge up your car when you live in a three-bed terrace with on-street free-for-all parking where you often have to park halfway down the road.

This is why electric vehicle battery technology is so vital for the UK to get right. Get better batteries, batteries that last longer, that don’t have you scared you’ll run out halfway down the M4, and the take-up of electric vehicles, as long as it is combined with a proper infrastructure of charging points, will improve.

Alas, the UK start-up battery company Britishvolt, went into administration, yesterday, having run out of money before it had even finished building the factory, let alone sold anything to the customers that it hadn’t yet found. There is currently one electric car battery factory in the UK. It’s owned by the Chinese and, as its next to the Nissan factory, that’s where most of its output goes. In Europe, there are around 35 factories, either built or being built.

The push to reduce emissions, to limit our reliance on fossil fuels and the internal combustion engine is a good thing. It just needs a better infrastructure to support it.

Or maybe we should just re-think how we fuel our cars entirely. After all, we’re eight years on and I still haven’t got my hoverboard. 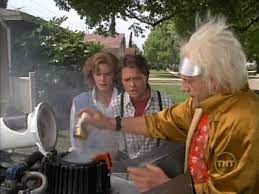 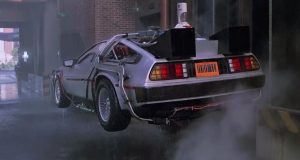 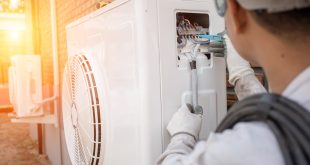