It is with great sadness that BMJ has to announce that John Cureton, former Managing Director and co-owner of AW Lumb, has passed away after a brave fight against cancer. 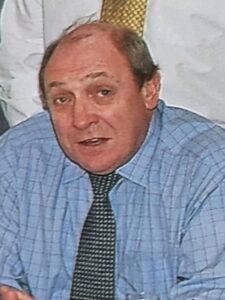 Director Gavin McEntee, who worked with him for over thirty years, said: “John served A W Lumb for forty-seven years and was the backbone of the company. He treated staff, customers and suppliers with honesty, fairness and respect whilst also believing suppliers were as important to the company as staff and customers. He will be missed around the industry as he was hugely popular and a respected person.

“For us, the staff, he was so much more than an MD. He was a father figure to us all, an ear when advice was needed and had a fabulous, relaxed wisdom about him. He stood by us all through difficult periods of our lives without hesitation. His loss has hurt the company and us personally.

“From us all at A W Lumb at both Tamworth and Dewsbury we send our love and condolences to his wife Jane and his son Ed.

“If there is one thing John will be remembered for it will be his pride in A W Lumb as a business and how it performed and often outperformed others in the marketplace.”

John Cureton led the management buyout of AW Lumb in May 2017 and led the company until it was sold to Lords Group earlier this year.

BMJ’s sympathies and thoughts are with the family and the AW Lumb staff.