Metsa Wood UK have appointed Patrick Towner to the position of sales director.

Towner will be responsible for the commercial development of joinery redwood & whitewood sales both direct from Finland & Russia and from landed sites within the UK.

He has worked for UPM-Kymmene UK and was also sales director at Stamco Timber for nearly fifiteen years.

Gareth Busson has joined Metsa Wood as the new marketing manager for the Timber and Upgrades channels.

Group Managing Editor across the BMJ portfolio.
Previous Airflow brings portfolio to UK Construction Week
Next Alutec and the future of housebuilding 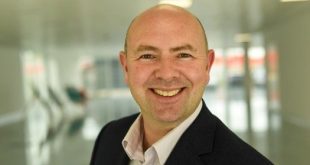 Polypipe Building Products has appointed Steve Currier as its new managing director. Currier moves to the …