“The Government’s Ten Point Plan for a Green Industrial Revolution is a call to arms for individuals and organisations to fight for the future of our planet – we must do whatever it takes to protect our world, and we must do it now,” says Mike Tattam, Sales & Marketing Director of Lakes Showering Spaces. 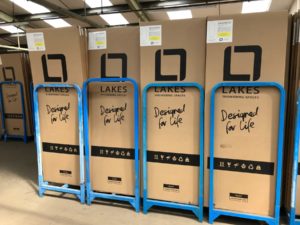 “The climate emergency we are all facing requires nothing less than a revolution; a complete change in the way we live, work and do business. We fully support the Government’s radical ten point strategy and would echo the sentiments of the Builders Merchants Federation (BMF), that we are being ‘presented with an enormous opportunity to move towards a low or zero-carbon future’. We must grab that opportunity with both hands,” he continues. 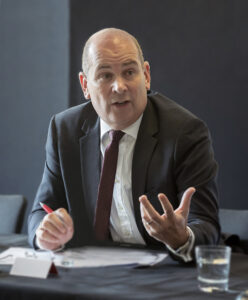 Tattam says that Lakes has long been committed to reducing its impact on the environment. Last year the company became the first in the industry to introduce 100% recyclable packaging, while offsetting more tonnes of carbon emissions than it generated. The company’s green credentials for 2020 include recycling more than 75% of the waste produced at its manufacturing facility and saving the equivalent of almost 300 trees, all of which has recently earned Lakes the Carbon Neutral Plus standard. In 2019, Lakes reduced its carbon footprint and supported projects to offset 575 tonnes of CO2 emissions – which is more than the company generated that year. The carbon offset projects supported in 2019/20 included the planting of trees in the UK and Kenya and protecting the rainforests.

“While the Government’s Green Industrial Revolution strategy has few points which explicitly apply to the bathroom industry, we believe that the way the strategy is interpreted will give the sector plenty of scope to implement changes and make improvements”, he says.

“One of the key points in the Green Revolution plan relates to carbon capture to remove more than 10MT of carbon dioxide from the atmosphere in the next 10 years. More investment, research and development will be required before carbon capture at source is common place in our manufacturing facilities, but what we can do as an industry is take steps to significantly reduce our carbon emissions as much as we can while this new green tech is being developed.”

As well as helping to make a difference to the environment, Tattam says the company believes that adopting a sustainability focus to operations makes good business sense and that once the Environmental Bill becomes law, companies could find themselves financially penalised by proposed new measures which will form part of the Resources & Waste strategy – such as a tax on plastic packaging and manufacturers taking responsibility for the full costs of disposing of the packaging they place in the market.

“We as manufacturers have a sphere of influence and we can help get the whole bathroom supply chain to be more sustainable if we develop and implement strong, forward-thinking green policies ourselves. The time for talking has passed, it’s now time for action.”