In 2017, the roof of Hurst Castle in Milford-on-Sea was in desperate need of an extensive refurbishment. Under the care of English Heritage, a £1 million restoration project went under-way.

Significant asphalt repairs were made throughout the West Wing’s roof, while the roof on the East Wing was stripped and laid with 150 tonnes of sand and cement screed under 300 tonnes of IKO Permaphalt mastic asphalt. All parties – including Heritage Building and Conservation (South) Ltd, Infallible Systems and IKO PLC – had to work closely together to ensure like-for-like replacements of the original materials.

Most of the work was carried out on a steep fall of 20%, while the numerous alterations made to the castle since it was built in the 16th century meant plans had to be continually adjusted, as variations in the details and materials were uncovered. The castle remained open to visitors throughout, and due to the exposed nature of the site, weather conditions were a constant obstacle – particularly as it was only accessible via ferry or a 1.5mile gravel spit!

Despite the challenges the works were completed safely, on time and to a very high standard. Hurst Castle is

back to its former glory.

I'm the Assistant Editor on BMJ. If you have any product or people information, or some news you'd like to share, please feel free to email me.
Previous Blanco appoints new Regional Sales Manager
Next New Ideal Northern Ireland Sales Strategist 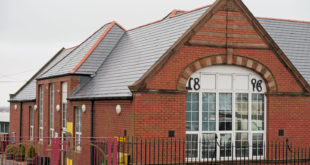 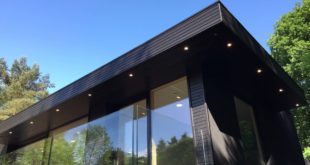 At Home Amongst the Hills with Ecotherm