Construction activity in April rose at its fastest pace for five months, underpinned by the housebuilding sector’s recovery from the weather disruption of March. 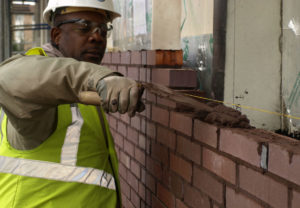 That’s according to the latest IHS Markit/CIPS UK Construction PMI, which found a moderate recovery in construction output with house building being the main category of activity to experience robust growth in April.

Underlying demand across the rest of the construction sector remained subdued, with total new work rising only marginally in April. The increase in new business was the first recorded by the survey so far in 2018. At 52.5 in April, the seasonally adjusted IHS Markit/CIPS UK Construction Purchasing Managers’ Index® (PMI® ) picked up sharply from the 20-month low seen in March (47.0).

The latest reading was the highest since November 2017 and signalled a moderate expansion of overall construction output. Residential work was by far the best performing category of construction activity in April, with the rate of growth reaching its strongest since May 2017.

The latest data revealed a renewed rise in new order volumes across the construction sector, though it was only marginal. Happily, construction firms reported being reasonably upbeat about the 12-month business outlook, with the degree of confidence the strongest recorded since May 2017. Meanwhile, supply chain pressures remained marked in April, with low stocks and shortages of transport capacity contributing to another sharp lengthening of delivery times for construction materials.

Tim Moore, Associate Director at IHS Markit and author of the IHS Markit/CIPS Construction PMI® said:  “A rebound in construction activity was pretty well inevitable after snowfall resulted in severe disruptions on site during March. House building led the way, with growth in April among the strongest seen over the past two-and-a-half years. However, the picture was less positive in other areas of construction, with commercial building and civil engineering work rising only marginally. “While temporary factors make it difficult to gauge underlying momentum, the recovery from March’s low point is somewhat underwhelming and provides an indication that the construction sector has been treading water at the very best in recent months.

“A consistent theme so far this year has been fragile demand conditions and subdued volumes of incoming new work. Survey respondents noted that heightened economic uncertainty continued to hold back construction growth in April, with risk aversion among clients leading to delays with spending decisions on new projects.”

Duncan Brock, Group Director at the Chartered Institute of Procurement & Supply, said: “April’s data provides some relief after last month’s weather disruption, especially for the housing sector after a lacklustre few months. However, economic uncertainty and Brexit-related indecision continue to lurk beneath the surface as obstacles to the construction sector’s stability. New orders remain too few and far between, with just a small improvement in the level of extra work reported this month.”