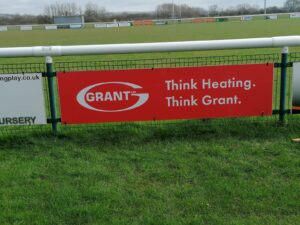 Grant UK announced its sponsorship of Melksham RFC’s mini and junior section rugby teams. For the 2021/22 season, Grant UK will be the main sponsor of these teams, supporting them at all their fixtures.

During this season, Grant UK’s logo will be positioned on the shirt fronts and shorts of the players who form the junior and mini section teams, totalling 195 boys and girls. As a headline sponsor, Grant UK also has perimeter boarding around the grounds and the company is looking forward to playing its own part in the club’s season.

Anna Wakefield, head of marketing at Grant UK, said: “Grant UK is proud to sponsor another grassroots sports club which is supporting children in the local area near to our Company head office here in Wiltshire,”

“Melksham RFC has a strong set of teams who are all ready for the rugby season and we are excited to be one of the headline sponsors supporting the young players. Grant UK’s Commercial Technical Manager, Neil Sawers, is a coach for the Club so we will be cheering them all on at their games this season.”