The boy stood on the burning deck, whence all but he had fled

To misquote the incomparable Oscar Wilde: To lose one Cabinet Minister, Mr. Johnson, may be regarded as a misfortune; to lose two looks like carelessness

A ‘ping’ on my phone as I was dropping daughter off at her friends’ yesterday evening alerted me to the fact that the Prime Minister’s picnic was short of one Health Secretary Sandwich, by the time I got home and opened up the BBC News website, he’d lost the Chancellor as well. By the end of the night, two trade envois, four Parliamentary Private Secretaries, the Conservative vicechair and the Solicitor General had likewise left the table. Just as I wrote that, another PPS went, followed by the Minister for Children and Families. 12 resignations as of 8.20am July 6th. UPDATE: 10.30am Schools Minister Robin Walker MP is resignation number 13. UPDATE: 11:10am: Felicity Bucan MP and John Glen MP make it 15 resignations

An exodus like that might have toppled the whole house of cards, but Johnson is hanging in there, buoyed up by the loyalty of those he has gingerly moved to the top of the pile and those who remain wedded – politically speaking- to him. He has the undying fealty of Nadine Dorries, Culture secretary, so all will be right…Oh, wait.

It’s not just the allegations and subsequent resignation of deputy chief whip Christopher Pincher that has all the hallmarks of the beginning of the end for Johnson. Rather it’s that his action – inaction in fact, over Pincher is the latest in a catastrophic cascade of poor judgements. Not only did he seem to think that appointing someone ‘a bit handsy’ to a key role in Government was acceptable, but he also lied about the fact that he knew there had been complaints about “Pincher-by-name; Pincher-by-nature”. Those lies were disseminated from Downing Street out to the media via a number of MPs, some of whom, like Will Quince, the MP for Colchester and Children’s Minister, have now had enough.

Johnson is a talented writer, a brilliant campaigner and probably quite good fun to have a few beers with, as long as you’re paying. But he is not a good Prime Minister. He has spent much of the 154 weeks of his Premiership making poor judgements, and treating the truth like it’s a big ball of plasticine, to be pulled this way and that way into whatever shape will best suit the occasion and save his political skin.

The trouble with plasticine though Prime Minister is that is you play with it too long, if you pull it out of shape too many times, it turns brittle. It crumbles away when you try to  re-mould it, leaving you with empty hands and a mess to be trodden into the carpet.

I’ve said before that Johnson might in his heart think he is emulating his hero Winston Churchill, but that his Premiership has more in common with that of Ted Heath. Yet if he continues to cling onto power, instead of recognising that his failings have out-weighed his talents, and that for the good of his party he needs to go, there’s another former leader that he is in danger of resembling. 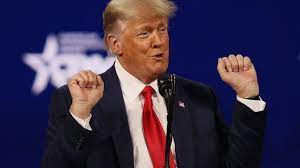 PS: I caught a bit of Wimbledon while I had my lunch, by the time I’d come back to my desk, PPS Selaine Saxby MP had taken the total to 21.