Planning permission is being sought by independent builders merchant Darlaston Builders Merchants for a new site in Birmingham.

The 4.2-acre site at Warwick Road and Wharfdale Road in Tyseley is currently vacant and overgrown and was formally used for scrap yard and metal reprocessing.

If approved, 27,103 sq ft of employment space would be created as well as 52 new car parking spaces.

The plans have been designed by Wolverhampton-based DPS Architects. 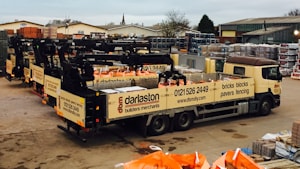 A statement submitted to the council on behalf of the applicant said: “During the 1970s and 1980s the site was used as a scrap metal processing merchants. Following the closure of the site, it has been left vacant and overgrown.

“In its current state the site significantly detracts from the local area and the redevelopment of the site provides an important regeneration opportunity.”