It is with great sadness that H+H announced the death of its enthusiastic and honourable Director of Key Accounts, Andy Williams, following a longstanding battle with cancer. 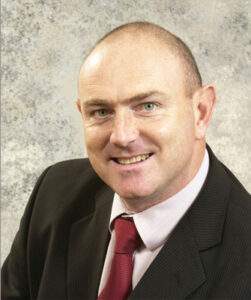 A well respected figure in the industry, Andy worked for H+H for 21 years, building an unparalleled understanding of the complex relationships between manufacturer, merchant and end user. His early success with H+H led to him playing an ever-more significant role in developing the sales strategy for the company. Most recently, Andy focused his attention on the regional housebuilders, who knew him as a no-nonsense businessman who kept his word and built longstanding relationships based on trust.

Leading a successful team at H+H, Andy generated a huge amount of personal loyalty through a combination of inspirational leadership and camaraderie and, together with his wife Janet, was a hugely popular and respected character at industry events.

The company said: “For those of us who had the pleasure of working with him, Andy’s loss is deeply felt and he will be very much missed by colleagues, customers and industry acquaintances.”