Builders merchant Covers played a part in one of the fastest-growing women’s sports this Autumn when it supported a Kent rugby club’s Ladies Section tour to Wales.

In total, 107 people, from Tunbridge Wells RFC Ladies section, including players, coaches and parents, descended on Cardiff and Newport for three days for fun, companionship, and, of course, rugby. Sponsored by Covers Tunbridge Wells branch and law firm Stephenson Harwood, the tour took place at the end of October. 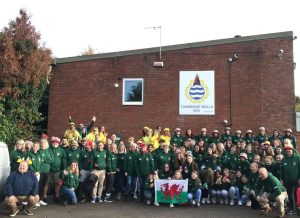 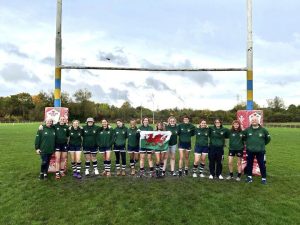 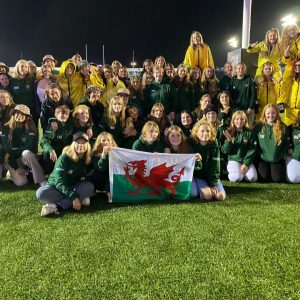 They had some fun sightseeing in Cardiff, before watching a cracking game of top flight rugby at the Principality Stadium between Cardiff Blues and DHL Stormers. Not even the torrential rain could dampen the squad’s enjoyment of the game, and they even got to have a photograph taken under the goalposts on the pitch.

The following day, the whole squad were hosted by Newport High School Old Boys RFC, where they played some incredibly competitive games against the Knights and Chargers teams.

TWRFC Director of Women’s Rugby Simon Parsons said: “A huge thank you to Covers Tunbridge Wells for sponsoring our tour, and also to the players and parents who fundraised like crazy to make the tour happen. Women’s rugby is one of the fastest growing, most exciting sports at the moment. So, it was brilliant to be able to take most of our squad on tour to experience proper Welsh rugby – and proper Welsh weather – both as players and supporters.

“With the England Red Roses’ fantastic tilt at the title in the Women’s Rugby World Cup highlighting the game even further, we know that the squad will go from strength to strength. We had a fantastic time in Cardiff and Newport, but, of course, in the great tradition of rugby club tours: what happens on tour, stays on tour, so there’s no gossip.”