Twickenham firm Alsford Timber will have to pay millions more upfront to buy European softwood used in local construction if the UK Government does not secure mutually-beneficial customs’ arrangements before the United Kingdom leaves the EU in ten months’ time,

That was the message from Alsford Timber, South-West London’s largest timber and builders’ merchant to Sir Vince Cable MP when he visited the 136-year old business in the town.

The Liberal Democrat Leader was welcomed by Neil Fuller, Alsford’s managing director, to see for himself how merchants deliver for their local communities. Growing the market for timber used in new housing and to convert, extend and repair existing homes was top of the agenda.

Alsford Timber and its trade body, the Builders Merchants Federation, are concerned that not enough is being done in Whitehall to prepare for a ‘no deal’ situation – and the impact it will have on prices and supplies of building materials. Concern is focused on Value-Added Tax and the likelihood of having to pay 20% VAT upfront on European timber and other materials.

Fuller explained to Cable that the UK is not self-sufficient in timber – 60% of imports come from EU countries like Sweden, Finland and Latvia. Unless Britain secures a mutually-beneficial customs’ agreement, Alsford Timber will have to pay 20% more for timber because VAT becomes liable to pay upfront before consignments can leave ports. Fuller warned of the serious and immediate implications for cashflow, costs and prices for merchants such as Alsford Timber.

Sir Vince, who is MP for Twickenham, said: “It’s great to see an example of business flourishing in Twickenham. Alsford Timber plays a critical role in local house-building, and especially the home repair, maintenance and improvement market in the Borough and beyond. I enjoyed meeting Neil Fuller and the team, and wish Branch Manager Tom Stratford continued success in the coming years”.

Fuller added: “We were delighted to welcome Sir Vince to Alsford Timber and show him how the company has evolved over the past few years. It is always great to have our MP taking an interest in local businesses such as ours. I hope Sir Vince can help us by raising the issue in Parliament and with ministers. Merchants already face significant cost increases due to rising world prices and currency fluctuations involving Sterling. Paying 20% more due to VAT rules is not something we look forward to”.

This visit was another arranged by the BMF as part of its industry and parliament programme. The aim is to show MPs how trade essentials and value-added products get from quarries, brickworks, sawmills & factories to where they are needed – and to outline the role, value and importance of merchants in delivering for their communities. This year, the BMF celebrates its 110th anniversary as a trade association and 40th anniversary as the Builders Merchants’ Federation.

John Newcomb, Chief Executive of the BMF said: “Merchants are delivering the building blocks for growth in the South East and the rest of the country. We’re grateful of the Liberal Democrats’ support for customs arrangements and their importance for the merchant supply chain. Our members and the building materials supply chain has consistently reported robust growth, but we are not without challenges. The uncertainly of customs arrangements after Brexit is particularly worrying. 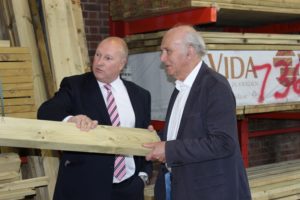 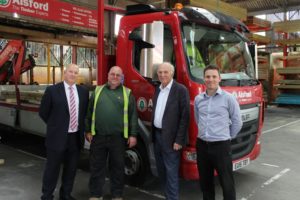 60% of timber used in the UK is imported from other countries. The central issue for timber firms is preparing for an uncertain Brexit future. As long as the UK stays within the customs unions, businesses like Alsford don’t have to pay customs’ duties at borders, provide rules of origin declarations and experience little or no delays to imports or exports”.

I'm the Assistant Editor on BMJ. If you have any product or people information, or some news you'd like to share, please feel free to email me.
Previous Aico Appoints new National Technical Manager
Next Fortis celebrates 2017 best building and timber suppliers 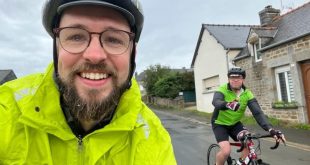