A man’s grasp should exceed his reach, Else what’s a heaven for?

Call me Ishmael. So begins one of the English language’s greatest stories. (Bear with me gentle reader, there is a point to this.)

As most of you know, I am a fan of architecture done well and loath it when it’s done badly. But in many cases, it’s about more than beautiful buildings. Architecture can speak to something in the soul, whether that’s in the beholder or the one who has a dream to build something astonishing and pursues that dream, Cap’n Ahab-like (see, I said it was relevant) to the bitter end.

The C4 Grand designs episode that aired on October 10th (catch up on it here, while it’s still available) is a case in point. It’s been all over the papers since. Edward Short threw over a successful music business in London and sunk every penny he’d ever had – and way, way more besides – into demolishing a perfectly serviceable, if aesthetically slightly dull, family home in order to build his dream. The white, art-deco lighthouse was to be built into the cliffs overlooking the coastline at Croyde, North Devon. It would have been stunning: a four-storey rotunda tower and a glazed observation room with 360deg views, all hanging out over the sea….but nearly a decade later it’s cost Short over £4m, his marriage is over and it’s not anywhere near finished.

From the beginning, Chesil Cliff House was beset with difficulties, from the banks not coughing up the money required and problems of drilling into the bedrock in order to secure the structure, to having to shore up the access road to ensure, well, access and having to deal with the side-ways driving rain that’s as much a part of that coast as the surf, sea and sky.

Alas, with the benefit of hindsight, it would have been so much better, easier and cheaper to have just settled for constructing The Eye, the smaller property (views from which were just as stunning), that Short ended up building just along the coast. But then, he would have argued that to do so would have been to accept second best, to give up on the dream.

Had the project succeeded – and Short is determined that funding is available and that it will, eventually, be finished – there would have been a stunning, iconic property high on the cliff , with Short and his architect, Alan Phillips, lauded for their vision and determination. Instead, social media was full of ‘what were they thinking?’ and derisory comments about eyesores.

Beauty, in architecture as in life, is in the eye of the beholder though and something about that setting and that project awakened something in Short’s soul and started him down a path that he had no choice but to follow. Should someone have put the brakes on earlier and told them that it couldn’t be done, nor should it be attempted? Maybe, maybe not. After all, had someone said that to the ancient Romans, we wouldn’t have the Pantheon in Rome. The most incredible building ever, to my mind, to have been put on this earth. Its dome is still the world’s largest un-reinforced concrete dome, the diameter of the interior circle is 142 ft. And we still have no idea how, exactly, they managed to do it.

Chesil Cliff House will probably turn out to be Edward Short’s Great White Whale, but it could have been his Pantheon. 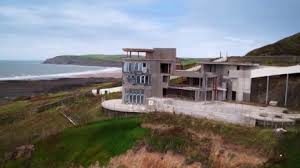 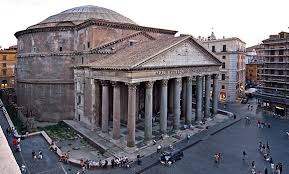