By the pricking of my thumbs
Something (amazing) this way comes

As of today, a year and a day since the UK entered its first pandemic lockdown, the country has vaccinated over 29,000,001 adults (that one on the end is me).

Whatever your feelings about the timing of the lockdowns, the wisdom or not of the Eat Out to Help Out (oh, hindsight how do I love thee), the length of the lockdowns or the ability of the general public to do as they are told, one thing is clear. The UK has done incredibly well in sorting out the vaccine.

It annoyed me this morning to hear the hoo-ha over Boris Johnson claiming that the success of the UK in getting the Oxford AstraZeneca vaccine up and ready so quickly was down to capitalist greed.   I don’t know if he said it because he liked the way it sounded or if it was a dig at the EU, whose joint procurement process was slower, more measured and for which they are now paying the price  Soundbites are all very well in election campaigns, Prime Minister, but in the wrong context they have the ability to bite you in the proverbial. Sometimes Boris, your love of the headlines and snappy phrases does you no good. On this one, just shut the you-know-what up.

Kate Bingham, the venture capitalist, who headed up the vaccine procurement process in the UK played a blinder. She may earn gazillions from her other work, but this one she did for free. The rows of people lined up in my local leisure centre vaccinating the over 50s of Kent on Sunday weren’t there because of greed or capitalism. They were there because they had a job to do and boy, did they do it well. It was a slick operation, quick, efficient and, well, quite lovely actually. We may all have been masked-up, but everyone still had a big grin on their faces. Big softy that I am, I actually felt quite emotional about it.

Alas, no matter how many people we vaccinate over the next few months, it’s not going to be enough to salvage summer holidays abroad, nor a few of the industry events. UFEMAT, not surprisingly, have put off the already postponed conference in London for a further year. A sensible move, considering the delegates would have been flying in from all over Europe. Who wants to hold  a party when you’re not sure if the majority of your guests are going to get to the door, let alone through it?

Likewise, the NMBS Dinner Dance is off for this year. Not because the guests are global in origin, but because they are so numerous. 1200 people, mixing and mingling, with alcohol and dancing, is exactly the sort of thing that it’s just too hard to plan for at this stage. Keeping a 2metre distance on that Grosvenor House dance floor would mean you’d only get about a dozen people on it. And that wouldn’t be the same at all. The huge amount of work that goes into making the event so amazing year after year needs starting now. The NMBS exhibition, itself rescheduled for September, is a different kettle of fish as it’s going to be over two days and that will make it much easier to manage the numbers.

We’re so nearly there. Hang in there.

At least none of us are having a day as bad as this guy: 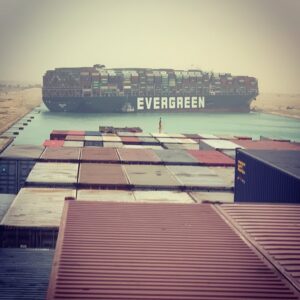