Breaking News
Home / Blogs / With the wisdom of hindsight

With the wisdom of hindsight

It’s a poor sort of memory that only works backwards,’ said the White Queen to Alice.

A few insomnia-fuelled questions that buzzed round my head in the wee small hours on the pandemic/lockdown/re-opening. I don’t have the answers, but then, it seems, neither do those who are supposed to be leading us out of this mess.

Should the UK have started locking down certain aspects earlier? Should the government have banned mass gatherings from the beginning of March instead of the end? Should there have been testing of passengers arriving in the UK from known coronavirus areas such as Italy and Spain from the start? Should there have been a rush to set up a test and trace system similar to the one they used in South Korea? Should we have shut-down hard and fast, like New Zealand? Once lockdown was established, should we have given far clearer instructions as to what was and was not permitted? And given the police far better instructions on what their powers and responsibilities were? Should the government have listened to its own advisors and played by the same rule it expected the rest of us to follow?

The answer to all of these is yes, probably, and with hindsight. Here’s another couple: did the government ignore pandemic preparations because the civil servants – and their masters in government – were so fixated on the necessity of getting Brexit done? Was planning how to deal with this really rather nasty illness that seemed to be coming out of China just another thing that slipped down someone in Westminster’s to-do list? Did the scientists look at that nasty flu-like illness that was doing the rounds and believe that it was just another flu and plan for a flu pandemic instead? Did they miss the fact that Coid-19 was behaving differently to other coronavirus like SARS?

Again, probably yes and with hindsight.

Were we right to limit contact, to close down areas of the country and try to ensure that the NHS was able to cope as far as possible? Yes. Did the government hugely underestimate the damage that all of this would do to people’s mental health and their livelihoods? Yes, and yes, probably.

Was it a massive oversight or callous negligence to assume that elderly, vulnerable people in care home facilities wouldn’t be in the frontline of the disease? If the government could see that closing schools would help to limit the spread, why could it not see that residents and staff of care homes would be vulnerable to a new type of flu, one that seemed to be transmitted so much more quickly than others?

Is it time to loosen the lockdown? Yes, hell yes. Is it right to do it bit by bit? Yes, probably.

As of today (Thursday 11th) things I can do include:

Visit my mother in her garden

Buy tomato plans from a garden centre, rather than Asda

Go to the beach, but only if I sit 2m away from everyone else and don’t need the loo

Buy a takeaway coffee from the café down the road, but only in a disposable cup (sorry planet)

Go out for a run and a walk and grocery shopping – ON THE SAME DAY – oh the excitement!

What I still can’t do:

Go to the pub

Take my daughter shopping and go out for lunch. A sit-down lunch, with wine and pudding and everything.

Run 5k on Saturday morning with my parkrun buddies

Bribe the children to come out for a walk with the promise of a pub lunch half way round.

Have a coffee with my Mum and use her loo (If it sounds like I’m obsessed with loos, it’s because of my age)

Go to the pub. 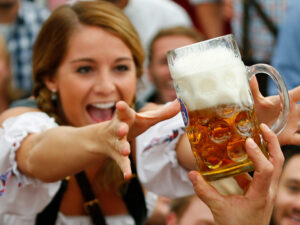