The time has come…

You have sat too long here for any good you have been doing.
Depart, I say, and let us have done with you. In the name of God, go

I’ve been trying to write something about the goings-on in Parliament without it becoming an incoherent rant, full of sound and fury, but not signifying very much.

I’ve failed. In bygone times, I would have been surrounded by a mountain of scrunched up paper, ripped in frustration from the typewriter to be chucked unceremoniously behind me. Select ALL and Press Delete doesn’t have quite the same feel to it, I have to admit.

When you can no longer be trusted to do the job you were recruited to do – to the standard expected of you (this is the important bit), it’s probably time to move on. Every single one of us has worked with or for people whose determination to stay in the job has long out-lasted their usefulness or competence.

And so, alas, I think the time has come for the Prime Minister to recognise that his usefulness in ‘getting Brexit done’ (sort of), in campaigning to turn the Labour North a rather fetching shade of blue, winning a thumping great Parliamentary majority, and, to be fair, leading the country through unprecedented times, is now spent. It’s just all so depressing. Especially as the alternatives are so dire. When Michael Gove starts to look like the best of a bad bunch, you know you’re in trouble.

So, allow me to divert your attention away from Westminster parties and the toxic atmosphere in the Chamber, to something much more cheerful. The entry form for the 2022 BMJ Industry Awards is now ready for your nominations. Indeed, a few early birds have already nominated some colleagues, so keen are they to ensure said colleagues get the accolades they richly deserve.

We don’t ask you to fill out pages of submissions that a judging panel has to pour over. There are other awards schemes that do that and it works really well. But if we did that too, then we’d both just end up with the same results, surely.  If the judges think merchant A is the best, then, chances are they’d still think that if we asked them again. Especially as any submissions are likely to be pretty similar.

So, we leave it to market forces to decide, as it were. The people who best understand what good looks like in this industry are the ones who work in it every day. The customers, suppliers, peers, even competitors, all have an understanding of what works well and what really needs celebrating. We have a couple of new categories that will sit alongside our existing ones, including, of course, the Maddie Rose National Rising Star Award

Get your thinking caps on and start compiling your list of who really does deserve to be celebrated. Then get on over to the website www.bmjindustryawards.co.uk and make your entries. As our marketing goes, make your choice count.

The ultimate winners will be decided by a public vote, though the clever algorithm we have will ensure that you can’t vote for yourself 200 times. Don’t ask me how it works, they lost me at ’algorithm’. Then we will announce the ultimate winners at a splendid lunch in London on September 9th. Make sure you’re there.

It’ll count as a work event, so we’ll be able to have a drink or five. Bring your own suitcase. 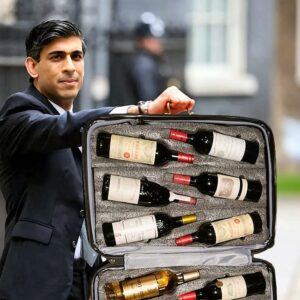 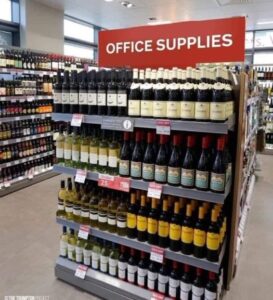