Sika UK has finished a large-scale redevelopment of its Wishaw plant near Glasgow,  which makes a range of mortar and render product lines.

As a result, the Wishaw site is projected to allow the production of up to 35,000 tonnes of mortars and 12,000 tonnes of Sika’s single coat render, Monorex per year – bringing the combined total for all Sika UK sites to over 100,000 tonnes of both mortars and façade products annually.

The site will now focus on the production of SikaWall; a range of renders and systems from the trusted Sika brand.  Commissioning of the Wishaw site was carried out at the beginning of April with production scheduled to commence later in the month. 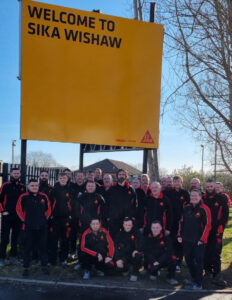