The UK’s leading supplier of chemicals for the building industry has lent its support for a team of Royal Marines Commandos in their daring bid to row across the Atlantic. Their support for the row is part of the businesses’ ongoing commitment to sustainability which has seen them reduce the amount of office-based waste they send to landfill by more than 88 per cent in the last year.

Resapol, which has eight depots across the UK, is supporting the team of four current and former servicemen who are rowing from Brooklyn Bridge in New York City to Tower Bridge in London to raise awareness of plastics in our oceans. Two of the Ocean Revival 2020 Team – Dom Rogers and Matt Mason – brought their ocean rowing boat to Resapol’s Lancashire Headquarters recently, as they continue to train for what has been called the world’s most dangerous row.

Sean Ofsarnie, Director and Co-founder of Resapol said, “We are 100 per cent behind the Ocean Revival team and the huge challenge they are taking on.   Their commitment to the fight against plastics in the ocean fits really well with our own efforts to make our business and wider supply chain more sustainable, so it makes perfect sense for us to offer the team our backing.”

Ofsarnie, who has himself taken part in triathlons and ultra-marathons around the globe continued, 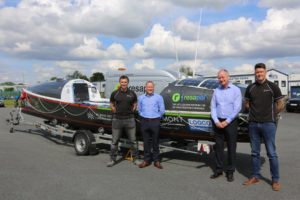 “I’ve been fortunate enough to see some of the most beautiful places in the world whilst taking on my own fitness challenges. For me, those experiences have really confirmed that even our small decisions and choices about what we consume and what we throw away have an impact – sometimes a long way away from home.

“As a result, we’ve really focused our efforts on reducing unnecessary landfill at Resapol, and have been delighted with the huge difference we’ve been able to make over a short period of time, by making simple but important changes to our behaviour.”

The Ocean Revival Team will row 3700 miles across the North Atlantic Ocean – a feat that only 57 people in history have achieved. The crossing has been attempted a total of 72 times, with 29 successes, over 43 failures and has sadly taken six ocean rowers’ lives. No one has ever rowed from New York To London and the Ocean Revival 2020 team aims to be the first. They will also be raising money for the Royal Marines Charity.

I'm the Assistant Editor on BMJ. If you have any product or people information, or some news you'd like to share, please feel free to email me.
Previous The BMF React to the new PM
Next Welsh builders’ merchants continues rapid UK expansion 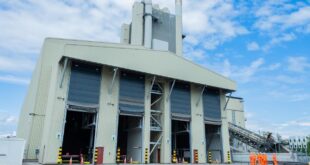 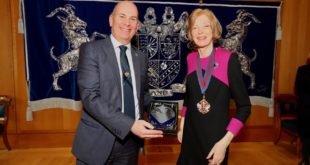