Reacting to news that the Rt Hon Esther McVey MP has been re-appointed as the Minister for Housing, John Newcomb, Chief Executive of the Builders Merchants Federation (BMF), said:

“I congratulate Esther McVey on her election as MP for Tatton, in Cheshire, and returning to the Ministry of Housing, Communities and Local Government as the Minister of State for Housing. Ester is an experienced minister and possesses first-hand knowledge of construction from before she was first elected to Parliament”.

Mr Newcomb pointed out that there are two ministers at the Cabinet table with responsibility for housing: Esther and her Secretary of State, Robert Jenrick MP. Mr Jenrick was re-elected for Newark, in Nottinghamshire, and also re-appointed without delay to the Ministry. 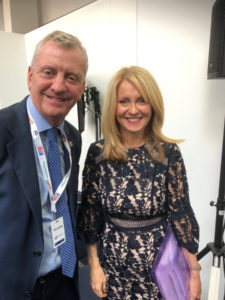 John Newcomb continued: “In addition, there are four former Housing Ministers in the Cabinet – namely Dominic Raab, Alok Sharma, Brandon Lewis and Grant Shapps – and one former Secretary of State, Sajid Javid. And if you add Boris Johnson’s experience of housing and planning policy when he was London Mayor, this could be the most pro-housing Cabinet the BMF has seen its entire 111-year history.”

“After 9 years in which we have seen four Prime Ministers and nine Conservative Housing Ministers, the same Minister after a General Election is welcome news as we come towards the end of the year.”

The Conservatives have a target to build 300,000 new homes a year by the mid-2020s. If this is to be achieved, Mr Newcomb said there must be unrelenting political determination behind concerted action to simplify and speed up planning approvals for un-controversial applications to increase housing completions. The whole thrust must be implementation, he added, to enable BMF members to invest confidently in the people and materials and products needed.

During the General Election, housing hardly featured as politicians talked predominately about Brexit, the NHS, education and policing. But as ministers return to work, Mr Newcomb wants ministers to focus on two major issues affecting BMF members: narrowing the gap between housing demand and supply, and the decarbonization of heating and electrification of homes.