Baroness Tanni Grey-Thompson DBE, Britain’s best known Paralympic athlete, joins the line-up of speakers from the worlds of business, politics and sport at the BMF All Industry Conference in Dubrovnik in June.

Grey-Thompson has performed at world class level in distances ranging from 100m to the marathon and has competed in every major international event. She has won 15 Paralympic medals, including 11 golds and six gold medals in the London Marathon. Together with her comprehensive set of British and World records, this makes her achievements second to none in the disability sport arena. 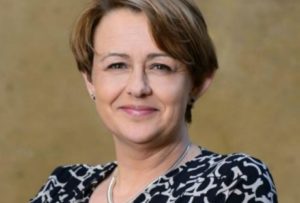 In the build-up to the 2012 Olympics she was vice chair of the athletes committee and sat on the Diversity and Inclusion committee which looked at recruiting a diverse range of Gamesmakers / team members. She also played a key role in the planning and sustainability of the infrastructure and buildings to ensure a long term benefit to the local communities after the games were completed. 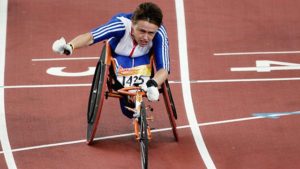 Her work in the administration, management and politics of sport has resulted in a much higher profile and improved access for sports for people with disabilities. One of her greatest achievements must be in making people more aware of disability and what can be accomplished with will-power and sheer determination.

John Newcomb, BMF CEO said: “Baroness Tanni is an outstanding example of mental and physical fortitude. She not only succeeded at the highest level in her sporting career, she has lobbied and promoted issues and causes associated with disability sport and disability in general to effect real change. Delegates can look forward to a totally inspirational key-note speech.”

The BMF All-Industry Conference 2019 takes place in Dubrovnik from 13 to 16 June. Broadcaster and TV personality, Gethin Jones will host the sold-out event.

I'm the Assistant Editor on BMJ. If you have any product or people information, or some news you'd like to share, please feel free to email me.
Previous Schneider Electric joins the BMF
Next Rudridge Farnham appoints new Assistant Branch Manager