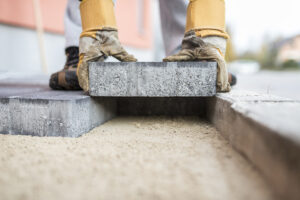 The latest Builders Merchants Building Index (BMBI) report shows that sales to builders by Britain’s builders’ merchants were largely flat in October 2020, though the performance varied widely by product sector.

The Landscaping sector continued to perform well, remaining strong into October and recording an increase of 16.5% compared to October last year. Timber & Joinery Products, which has been subject to significant price increases in recent months, recorded its highest monthly turnover since BMBI data began to be collected in July 2014, with a 5% value sales increase on October last year.

Overall, Total Builders Merchants’ sales were only 0.2% higher than in October 2019. However, average sales a day, which takes the 1-day trading day difference into account, were 4.7% higher year-on-year.

Month-on-month data shows that the strongest increases compared to September were in Workwear & Safetywear (+12.7%) and Plumbing, Heating & Electrical (+9.2%), while sales in the highly seasonal category Landscaping (-16%) started to fall. Overall, Total Merchants’ Sales in October were 1.8% lower than September.

Mike Rigby, CEO of MRA Research, which produces the BMBI reports says: “Merchants have recovered well given the exceptional challenges they faced this year, but continued uncertainty due to an emerging second wave of Covid-19 and tense Brexit negotiations took its toll on sales in October.

“While landscaping performed well above expectation, it’s disappointing that Plumbing, Heating & Electrical and Kitchen & Bathroom sales didn’t see as much of a seasonal increase in October this year as they usually do.”