Light after the storm? The PMI remains unchanged

Latest PMI data signalled only a modest improvement in UK construction activity midway through the second quarter, with the pace of expansion matching that registered in April. Commercial activity growth accelerated to a three-month high in May; however, softer expansions in both residential and civil engineering activity were recorded. Furthermore, new order books contracted for the fourth time in the past five months amid general uncertainty in the sector.

Sam Teague, Economist at IHS Markit and author of the IHS Markit/CIPS Construction PMI®: “The May PMI data signalled an unchanged pace of activity growth across the UK’s construction sector since April’s somewhat underwhelming rebound, yet nevertheless indicating a recovery in the second quarter after the contraction seen at the start of the year. 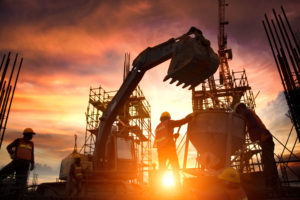 However, activity in May was once again buoyed by some firms still catching up from disruptions caused by the unusually poor weather conditions in March, and a renewed drop in new work hinted that the recovery could prove short-lived. Inflows of new business slipped back into decline, signalling the resumption of the downward trend in demand seen during the opening quarter. Companies frequently noted that Brexit uncertainty and fragile business confidence led clients to delay building decisions in May. With new order books deteriorating and cost pressures picking back up, it’s not surprising to see construction firms taking a dimmer view of prospects and pulling-back on hiring, all of which makes for a shaky-looking outlook.”

Following the release of today’s Construction PMI figures, Phil Harris, Director at BLP Insurance, comments on how residential housing is boosting the construction industry while commercial projects are likely to dampen overall sector growth in future, “The unchanged pace of construction growth is unsurprising as new developments, previously delayed by the bad weather, continue to come on stream. However there remains a tremendous amount of uncertainty in the sector, exacerbated by extended material lead times which are increasing costs and delaying the build programme. Skills shortages remain a critical issue, and although there’s extensive discussion on how to address this, a solution is still a long way off.”

Blane Perrotton, managing director of the national property consultancy and surveyors Naismiths, commented: “Amid the pain, there is still progress – and flickers of positivity too. While the official output figures show the construction industry began the year in retreat, the PMI data reveals that on the front line, activity is holding up surprisingly well. There’s more than a dash of deja-vu to this latest report. The overall number of new orders has essentially flatlined since the start of the year as the Brexit merry-go-round cools investor appetite.
However after a brief wobble in the first quarter, the residential sector has resumed its role as standard bearer for the industry as a whole – and the uptick in commercial sector activity is a welcome return to form.”

Mark Robinson, Chief Executive of Scape Group, also commented, “Although it is extremely positive to see that housebuilding activity remained buoyant in May as it continues to rebound from the heavy snow in March, it is disappointing to see overall construction new orders and outlook decline. The industry is suffering from ongoing political uncertainty, despite the clear long-term requirement for infrastructure investment. The expanding UK population is placing considerable pressure on our public services, and a lack of proper upkeep and investment will put a strain on local economies, as evidenced by Northern Rail over the past week. Spend on improved connectivity will unlock huge growth potential for our regions and for the UK economy as a whole.”

I'm the Assistant Editor on BMJ. If you have any product or people information, or some news you'd like to share, please feel free to email me.
Previous Timber out and Concrete in?
Next Best female contractor in Europe is “victory for women” 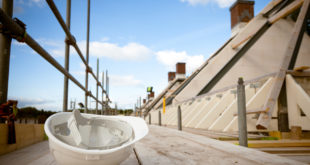