Shower enclosure supplier Lakes Showering Spaces and builders merchants trade association the Builders Merchants Federation hit the headlines earlier this week when national newspapers highlighted the shortage of construction products which is starting to impact on the building industry.

Featured in both The Guardian and The Times, Lakes sales and marketing director, Mike Tattam, said: “We are facing a perfect storm caused by a number of factors, including a shortage of containers because of unprecedented demand, ships mothballed with their containers and crew, and carriers reluctant to take bookings for the UK because of the congestion at UK ports. 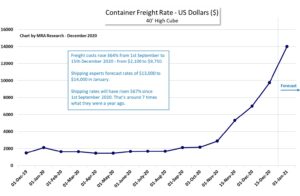 “The latest development is that we’ve found the shipping companies are not even quoting contract rates, it’s all based on spot pricing, where you get what’s available at a price, on that day. 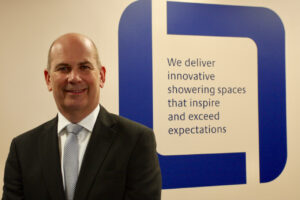 “It’s having a very serious impact and it’s a situation that’s getting rapidly worse.”

John Newcomb, chief executive of the BMF and co-chair of the Construction Leadership Council’s Brexit Movement of Building Products and Materials Group, said: “We’ve had a report of a merchant being quoted as far ahead as August availability for some roofing products, particularly pitched roof tiles.” 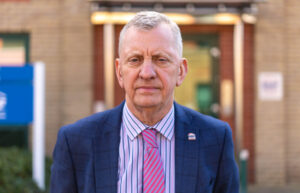 It’s the second time that Newcomb has had warned of impending building product shortages, having been featured in several media reports before Christmas.

This week he said: “Merchants have seen an exceptional demand for building materials since the first lockdown. We are also facing significant issues with timber supplies.”

Rebecca Larkin, CPA Senior Economist said: “The welcome recovery in construction continues to drive the improving performance in the closely-linked product manufacturing industry, but pinchpoints are starting to emerge.

“At the end of last year, around one-fifth of product manufacturers noted that issues around material and component supply risked constraining activity over the next 12 months.

“For the heavy side, this was the highest proportion on record and highlights the effect that global supply issues for imported products such as steel and timber, as well as maritime transport logistics, are having on UK manufacturing and construction.

“Given expectations of continued recovery in activity throughout 2021, concerns over capacity, particularly if large numbers of staff are required to isolate due to coronavirus, were also notable among manufacturers.”