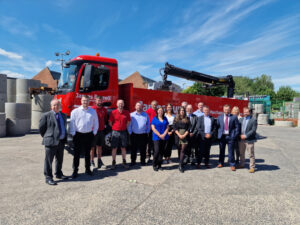 James Burrell is celebrating its anniversary throughout June, and will be running initiatives to mark its milestone including social media competitions, voucher giveaways, trade offer deals and charitable donations. Its main celebration will be a trade day across all 10 branches on June 29 from 7am which will include exclusive trade deals, catering, giveaways and more.

The family-ran business which was established in 1877, announced a turnover of £91.6 million in 2021 and currently employs over 290 staff across 10 branches. James Burrell’s 11th branch, located in Billingham, is set to open in September following an investment of £4.5m.

Mark Richardson, managing director, said: “145 years of trading of the family-ran business is an impressive achievement. Our success wouldn’t be possible without the James Burrell staff and customers both past and present. I would like to take this opportunity to say thank you for the continued support and here’s to many more successful years”.