Inflexion Private Equity is pleased to announce that it has completed a minority investment in Huws Gray Limited, one of the largest independent builders merchants in the UK.

Huws Gray, founded in 1990 on Anglesey, Wales, with one location, now operates from 57 trading locations with almost 800 staff. Over recent years, the company has achieved strong growth organically and through acquisitions.

Huws Gray will continue to be majority owned and led by the existing management team led by John Llewelyn Jones and Terry Owen. The company is well placed to benefit from the consolidation of the builders merchants market and to expand its geographical reach across the UK.

Managing Partner of Inflexion, Simon Turner, commented, “We are delighted to partner with the team at Huws Gray as they embark on further growth. The business has been driven by an exceptional management team, which has grown from a standing start three decades ago, to become one of the largest independent builders merchants in the UK. The sector is at an exciting stage of development, with Huws Gray well placed to seek out and select add-on acquisition opportunities as it scales. We look forward to working together to expand Huws Gray’s footprint over the coming years.”

Managing Director of Huws Gray, Terry Owen, commented, “We’ve built something very special at Huws Gray and we are excited to partner with Inflexion, a like-minded company who share the same values and objectives as Huws Gray. Inflexion has taken the time to understand our business and how we envisage its future. Unusually for a private equity firm, they were 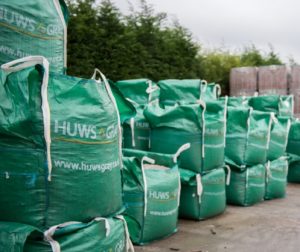 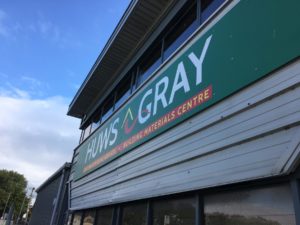 willing to take a minority stake, meaning we stay in control as we work together to accelerate our growth. The management team and I look forward to drawing upon the skills and experience of Inflexion as we seek to grow our business even further.”

This deal was made by affiliated funds advised by Inflexion Private Equity Partners LLP.

The Manchester office of Addleshaw Goddard has advised Huws Gray and its shareholders on the investment by Inflexion in Huws Gray.

I'm the Assistant Editor on BMJ. If you have any product or people information, or some news you'd like to share, please feel free to email me.
Previous Birkdale invests for the future
Next Olympian Steve Backley to speak at first BMF Young Merchants Conference