Although ‘Because Covid’ is currently the default excuse for inaction, three partners of independent builders merchant buying group h&b have announced growth and expansion strategies.

“h&b merchant partners are typically entrepreneurial businesses with a strong presence in their local communities. In many cases that place in the community has been strengthened by the support that they have been able to offer their customers and local communities during lockdown,” says h&b’s Jamie Wyatt.

“Many of them are expanding and developing their businesses, opening new branches, and diversifying into related areas, supported by h&b’s deals from the industry’s top brands.”

h&b member M Markovitz, which trades out of 15 locations across the north of England and the Midlands, has continued with its ambitious expansion plans, despite the pandemic. 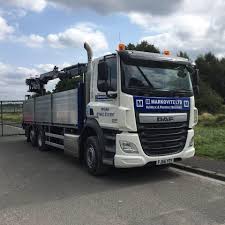 “We largely traded through the crisis, coming out of survival mode really quickly and back into recovery and growth mode,” says Markovitz CEO David Hopkins.

“The market looks different but it’s still there and we are proceeding with our growth plans with a mixture of caution and ambition. That sends out a positive message not just to our customers but to our staff which is so important in these uncertain times.”

“Opportunities continue to present themselves and we are in a strong position to capitalise on them right now,” says Hopkins. “For instance we have purchased our Sheffield civils site and plan to expand that business to include a general merchants on the site.”

Further south, CRS Building Supplies, based across Somerset and Avon,  has also pushed ahead with growth plans during the crisis, opening its biggest ever depot at Keynsham in Bristol in May.

The new branch, at 45,000sq ft and an acre of yard space, joins eleven other CRS branches and follows the earlier opening of a branch at Evercreech in Somerset.

“We were expecting big things of the new Bristol branch,” says CRS managing director Richard Liddle, “and so far it has not disappointed. We definitely benefitted from remaining open during lockdown and, some industry-wide supply problems notwithstanding, it has been a fantastic launch.

“We have already built up a loyal customer base who appreciated our support for their businesses during the crisis.” 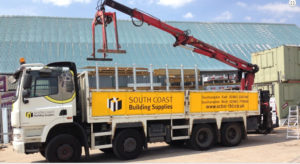 Another h&b member opening a substantial new depot is South Coast Building Supplies who launched a new 14,000 sq ft depot in Bournemouth in Q1 2020 to replace its existing, smaller branch

Established in 2008, South Coast is an independent builder’s merchant operating across Dorset and Hampshire, trading from four depots in Southampton, Bournemouth, and Andover.

“The new branch in Bournemouth is twice the size of our previous largest branch with a substantial yard and decent car parking, plus, we now own the freehold rather than leasing as before. It’s already doing well despite the turmoil in the economy,” says South Coast’s MD Tim Payne.

“We are always looking for growth opportunities because as a business we never want to stand still. In fact we are planning another new depot opening in Q4 this year.”