Independent builders’ merchants, Buttle’s, has teamed up with Watford Football Club in a three-season deal as part of its Regional Partner Programme. 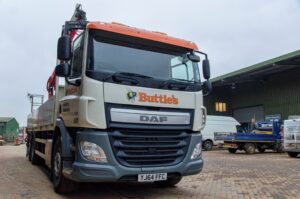 Buttle’s, which has branches in Leighton Buzzard, Kentish Town, Enfield, and St Albans, will appear on stadium branding platforms to over 21,000 fans and will feature across Sky Sports during any aired home matches, raising awareness across large TV audiences.

The partnership offers the builders merchants a great opportunity for exposure within the local community – a real coup for the company, with a number of Buttle’s team members being Watford season ticket holders.

Hannah Brunton, commercial manager for Buttle’s said: “This is a fantastic opportunity for us to connect even further with our local community and it’s great to be involved in something that both the Buttle’s team and our customers have an interest in.”

The team, known as The Hornets, will promote Buttle’s on digital channels, with over 2 million social followers, while also affording them additional media opportunities.

The partnership has been developed in association with Eleven Sports Media. Paul Morris, senior account manager, said: “As a Watford Regional Partner, Buttles will see their branding appear on Crowd-Facing LED at the club’s stadium Vicarage Road and displayed on StadiumTV and StatTV within the concourses.

“The business also features on StatTracker social media content, which is shared to the club’s official channels, reaching a global audience. In addition, Buttles will connect with local businesses through exclusive Regional Partner events, which have included Q&A evenings with former Watford players, such as Luther Blissett.”

Earlier this year Buttle’s teamed up with the Frank Bruno Foundation to become their official corporate sponsor, with the added intention of raising awareness of the issues the foundation is tackling across the construction sector. The Frank Bruno Foundation was launched to provide a safe environment for people aged 13 and over, to improve their mental wellbeing and support recovery from mental ill health. 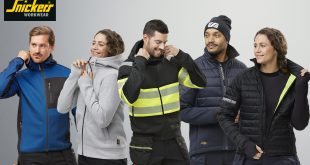