Plaster and plasterboard supplier British Gypsum is celebrating its team at the Kirkby Thore mine in Cumbira which has reached the feat of one million hours without a lost-time accident. 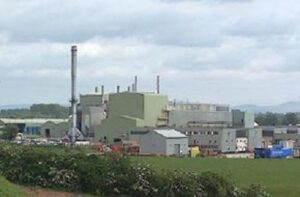 The team at the plant in Penrith has taken a number of steps to achieve this milestone, including a new Lock Out Tag System (LOTO), removing fixed steel Stanley-style knives from the premises and improving the segregation of pedestrian and vehicular areas around the site.

However, plant manager Martin Domville says that behavioural changes to improve safety have been even more important to the process than the preventative measures. Actions such as getting team members involved in SUSA (Safe and Unsafe Acts) discussions and creating a “Forklift Truck Committee” to identify potential safety hazards have been instrumental in reaching the million-hours milestone.

“Many of the situations we face in our activity at work and home are unpredictable,” Diomville said. “Developing the instinct to think before acting is paramount in helping to sustain a safe environment.

“Over the past few years, we have worked hard to build a safe workplace. I’m delighted to be part of the Kirkby Thore team and look forward to further securing the health and safety of all who enter our site.”

Operations director Mike Emson added: “Achieving one million hours without having a lost-time accident is an amazing achievement for any business, but for a manufacturing business running flat out and the many challenges that brings, makes this an even greater accomplishment.

“Martin and the leadership team have done a great job in setting and maintaining the high standards at the Kirkby Thore site. This a true team effort and every single member of the team has supported and contributed to this milestone. I am sure with their continued efforts and focus they will maintain and build on this fantastic achievement.”